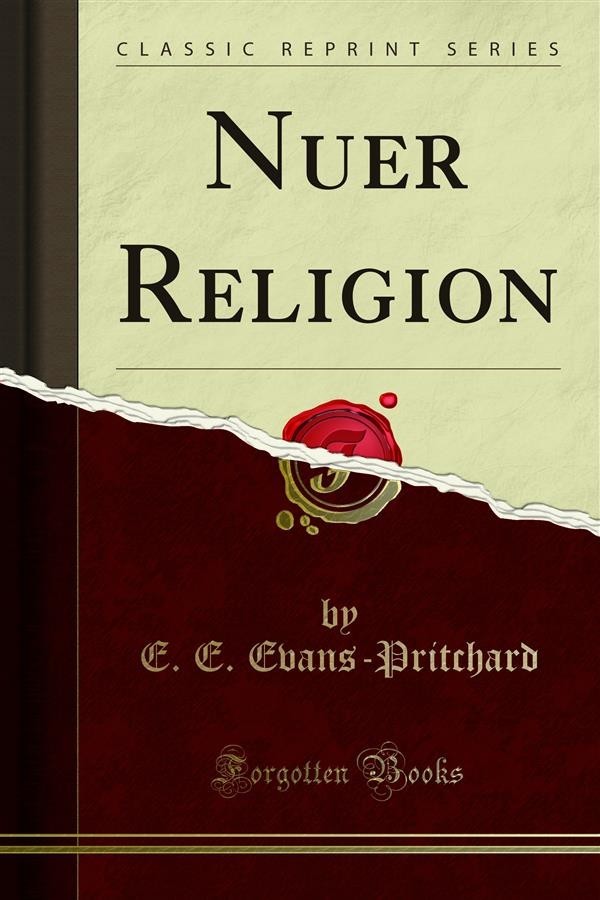 This difficulty is not easily overcome, because it is not merely a matter of definitions but involves also personal judgement. It would be useless to deny this and rash to ignore it. It may be said that in describing and interpreting a primitive religion it should make no difference whether the writer is an agnostic or a Christian, Jew, Muslim, Hindu, or whatever he may be, but in fact it makes a great deal of difference, for even in a descriptive study judge ment can in no way be avoided. Those who give assent to the religious beliefs of their own people feel and think, and therefore also write, differently about the beliefs of other peoples from those who do not give assent to them. This is not the place to discuss further this difficulty. I merely wish to recognize that it exists and that it introduces into writings about religion complications which are not present when writing about, for example, kinship or husbandry. I am, of course, well aware that Nuer religion is very unlike what we know in general about Negro religions. One cannot even say that it is a typical Nilotic religion. It is certainly very unlike the religion of the Anuak, of the Luo of Kenya, of the Acholi, of the Alur, or of the Shilluk. Indeed, only the religion Of the Dinka can be said to have strongly marked affinities with it, and it can be further said that in some respects the religions of these two peoples resemble less other Negro religions than some of the historic religions. They have features which bring to mind the Hebrews of the Old Testament. Professor C. G. Seligman clearly sensed this, as his account of the Dinka and Nuer shows; and lviiss Ray Huffman, an American Presbyterian missionary who spent many years among the Nuer, remarks that 'the missionary feels as if he were living in Old Testament times, and in a way this is true'.1 When, therefore, I sometimes draw comparisons between Nuer and Hebrew conceptions, it is no mere whim but is because I myself find it helpful, and I think others may do so too, in trying to understand Nuer ideas to note this likeness to something with which we are ourselves familiar without being too intimately involved in it.