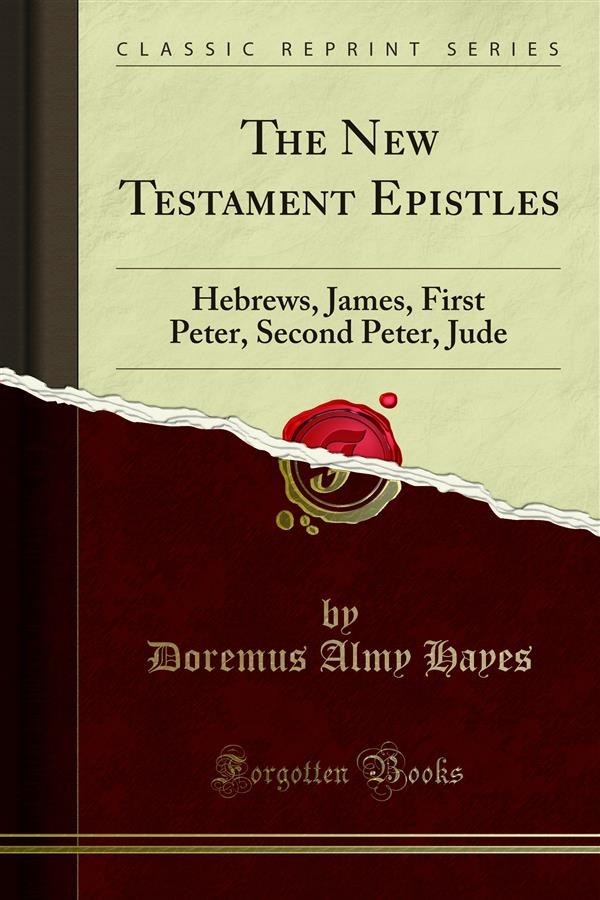 If we put the books contained in the Itala and the Peshito together we have all the books of our New Testament, ex cept Second Peter. These Bibles of the East and the West contained the First Epistle of Peter, but the other books dis cussed in this volume were omitted in either the one or the other. That meant that these books were somewhat slower than the other New Testament books in gaining canonical recognition in the general church. If the suggestion made by Carlstadt at the time of the Reformation had been adopted by the Protestant church and the books of the New Testament had been divided into three classes according to their degree of canonical authority, First Peter would have fallen into the second class and Hebrews, James, Second Peter, and Jude would have been assigned to the third class as among the books to be. Admitted last into the canon. It is into this more doubtful field that we enter in this book. We have attempted in this series to be thorough-going in our research and independent in our conclusions. We have tried to face all the facts and to be inﬂuenced only by these. We have tried to submit the facts in each case, believing that it was the right of the church, both preachers and laymen, to know them. We have felt that it was one duty Of the theologian to transmit to the rank and file of the church membership the results of the best and most recent theologi cal discussion and to put these into the most readable and interesting form which seemed to be possible. The reception granted to the preceding volumes of this series would seem to indicate that we have succeeded in our endeavor in this direction in some measure at least.