Logic in Its Application to Language 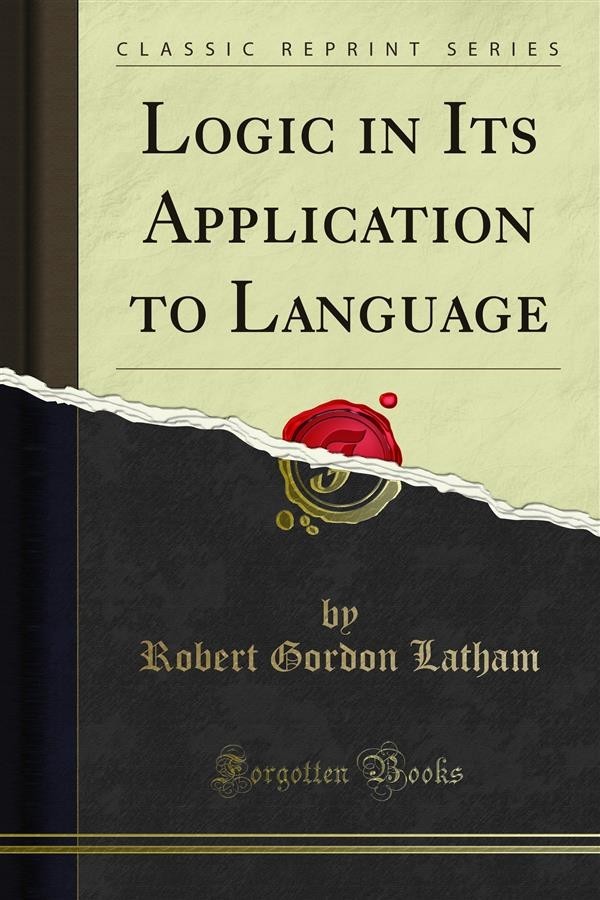 Logic in Its Application to Language

The title of the present work is by no means unexceptionable. So sensible, indeed, is the Author of the objections that lie against it, that he is the first to take notice of them. Instead of passing for a work upon Logic as Ap plied to the Study of Language, the following pages should be considered as an exposition of that amount of Grammar and Philology which applies to Logic. In other words, the view suggested by the term should be reversed. The Language should lead to the Logic, and not the Logic to the Language. The true relations of the two subjects to each other make a certain amount of the. One a preliminary or introduction to the other. This preliminary, however, lies in the phenomena of Speech. These lead to Logic, but not vice cared. Why, then, does the present treatise give us, as far, at least, as its title goes, precisely the reverse of this doctrine? Why does it treat Logic as the pre liminary and Language as the subject to which it conducts us?