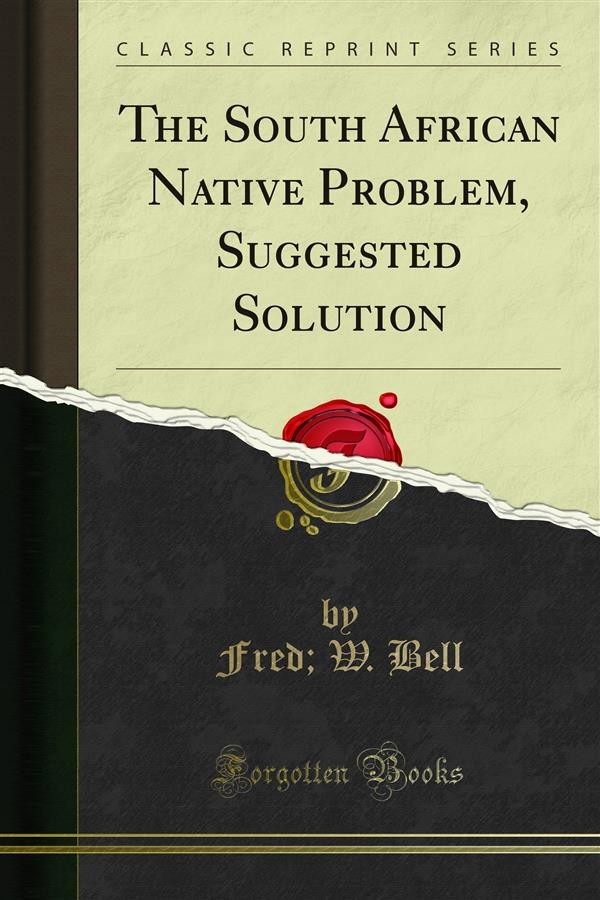 Such inherent hostility is not confined to places where the blacks hold sway. Mr. Bart Kennedy, the well-known author, who recently visited America on behalf of the London Daily Mail, after de elating that the negro question in Ameri ca was exactly of the same nature as the negro question in South Africa, says that the issue is simply which race is to domi nate, as the two races are too far apart to blend or to unite. Negroes hate white men, says Mr. Kennedy, and they have good reason to hate them, and they have as little love for white hypocrites who hold the negroes' country, while at the same time they deplore his wrongs, as they have for the whites who are more honest and frank in the matter. I have worked with negroes cutting sugar-cane in the fields of Lousiana, continues Mr. Kennedy, and there I came upon first hand proof of their feeling against white men. There was a sullen, smouldering, terrible resentment that ﬂamed up when chance occurred. And this feeling was directed not only against the Americans of the South — it was directed against all men who were white. That there was strong reason for this is not to the point. The point is only that it exists, and that it is not to be placated by any political device. The negro means to fight when he can. And here in my present visit to America I again note the feeling. It has grown since I was last here. The negro is now becoming openly hostile to the white man. Mr. Meredith Townsend, writing on The Negro Problem in America, also shows that the whites and blacks in that country are becoming more antagonistic, and that the differences and dislikes which divide them are greater now than ever.