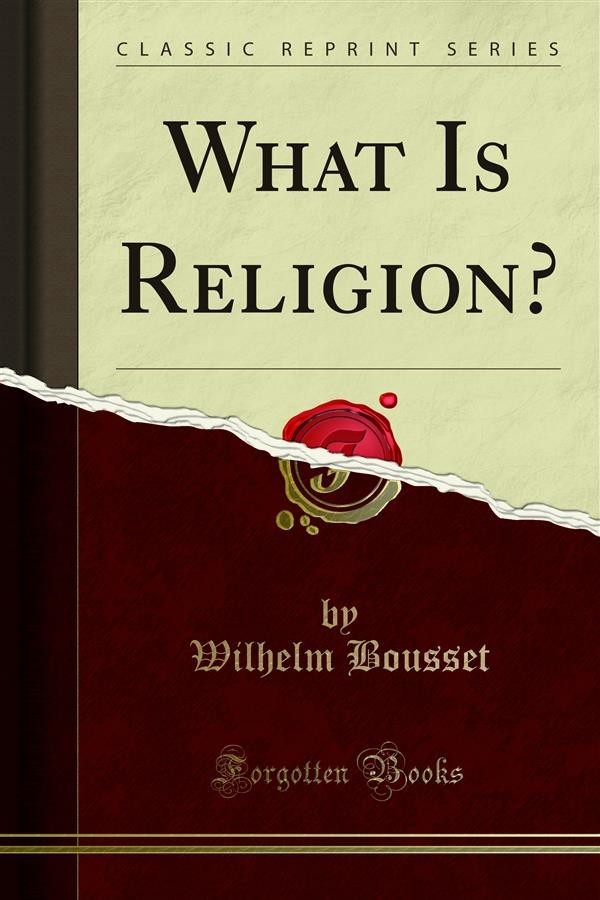 Dr. Wilhelm Bousset was a German theologian and New Testament scholar. His book <i>What is Religion?</i> is an attempt to tackle some of the major questions about Christianity and the practices of individual churches. Academic in its approach, this book allows the reader to explore the depth of an incredibly sensitive topic with the eye of a scholar rather than a believer.<br><br>Dr. Bousset begins the book by declaring that "wherever we look we find that practically no tribe or community of human beings is without some kind of religion…" This statement establishes the reasoning behind his book. If Religion touches every group on the planet, then it is something that should be explored more thoroughly. Dr. Bousset is particularly interested in Christianity and interestingly argues against some common practices. He believes that all developments of Christian dogma, after the teachings of Jesus, must be tested by the teachings of Jesus. If these later developments are not congruent with, or do not contain the original teachings of the Founder of Christianity, then they must be regarded as not essential to Christian faith. The supreme test for any changes in dogma is to compare the new beliefs against the teachings of Jesus. <br><br>Not surprisingly, these ideas have their supporters and critics, however, it is ultimately only by understanding all religions that man understands his own religion to the fullest. Dr. Bousset, being a theologian, argues that as a student of religion, he is in a position to understand religion to the fullest extent. This gives him the authority to critique new found dogma and newly created policies, procedures, and beliefs in Christianity. If nothing else, exploring "What is Religion" can give you a better understanding of world religions and the ideas that Dr. Bousset wanted to share with the world.