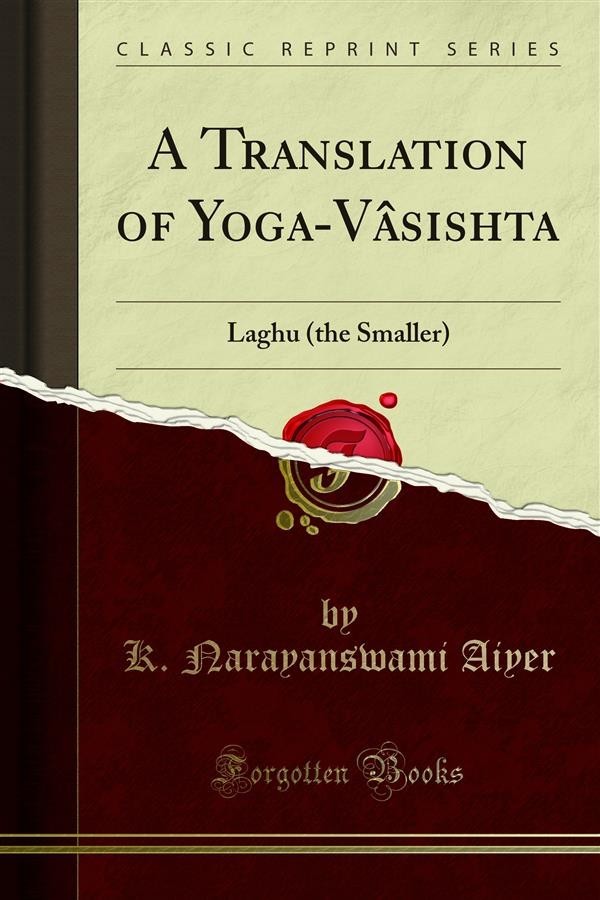 A physical, spiritual, and mental practice designed to cultivate inner peace and harmony, Yoga is a discipline that is thousands of years old. Older than any of the Abrahamic religions, Yoga continues to boast a strong following in both the East and the West. The poses of yoga are intended to channel the body and the mind together into a spirit of oneness and free the soul from its earthly concerns. <br><br>K. Narayanswami Aiyer's <i>A Translation of Yoga-Vasishta</i> shares some of the history of Yoga, including "The Chapter on Origin", "The Chapter on Preservation", and "The Chapter on Quiescence". Practiced in India as a spiritual practice as well as a physical one, the stories of Yoga as told here are akin to the Bible stories for Christians. They share the lessons and morals of Gods and famous Yogi who come before. Each story is told as a parable - intended to reveal the trials of terrestrial concerns and the path to a higher consciousness. It is through the foibles and mistakes of others that the believers learn to work for redemption, "to the ignorant who are subject to many frailties, there will arise re-births of diverse kinds". But never fear because, "if all objects vanish through the contemplation of Jnana, the wise, oh stainless Price, say that all the unreal illusions will disappear." <br><br>Aiyer's translation is a gem. With lessons from the past for the future, this is a great addition to anyone's library. Religion enthusiasts, those interested in Eastern culture, Indian culture, religious history, yoga, or the path to enlightenment will surely enjoy with one-of-a-kind document.