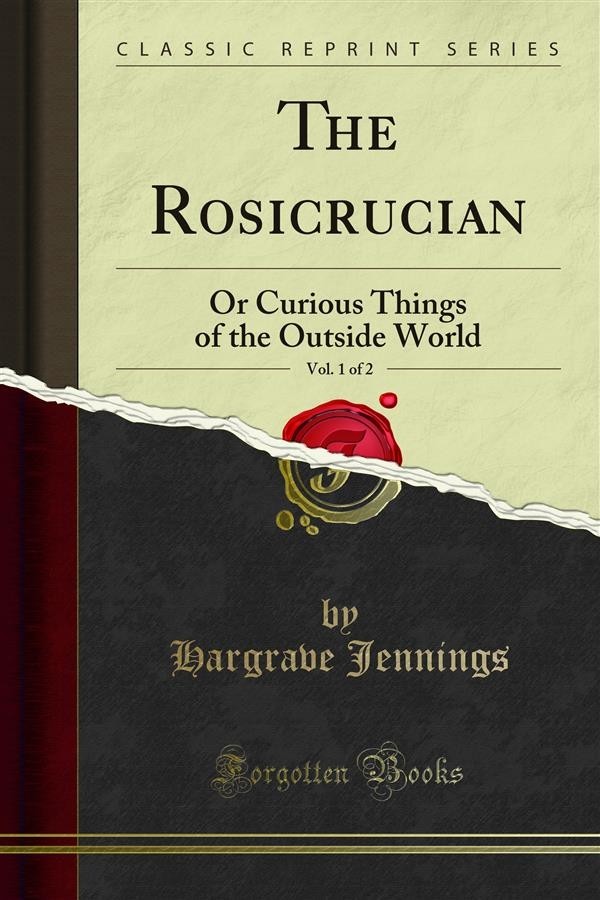 The books, ancient and modern, and in almost all languages, which have contributed, in their wealth, multitudinous items of authority to build up the substantial truth of this work, we desire only thus generally to glance at. But there may beone word of judicious explanation as to the authorship; one writer (hargrave Jennings) being put forward as the means of the production. The work is the combined labour of three persons, and expresses their united views. It was settled together, is identical in the expression of beliefs it is as the result of one hand. Brieﬂy, one writer's name is chosen as a medium of public discourse, his coadjutors electing to remain anonymous; although no one can be more convinced than that humble spokesman of his inadequacy in the face of a theme so great, and of a company so noble. Farther, it is with no feelings of elevation about successful forecasting (vain — the vainest! Were the pride possible, of such); but with melancholy (and even reluctant), although with confident reminder, that the writers of this work refer to certain prophetic remarks, made in the exercise of their abstruse science, which the reader will find quietly proffered in pages 257 and 258 of the First Volume. These were written in May, 1859, printed in October, 1860, and' pub lished the first week of January, 1861; the event which is now familiar with our sad experience, being then (as we may all recal) of infinite unlikelihood.