Crime, Its Causes and Remedies 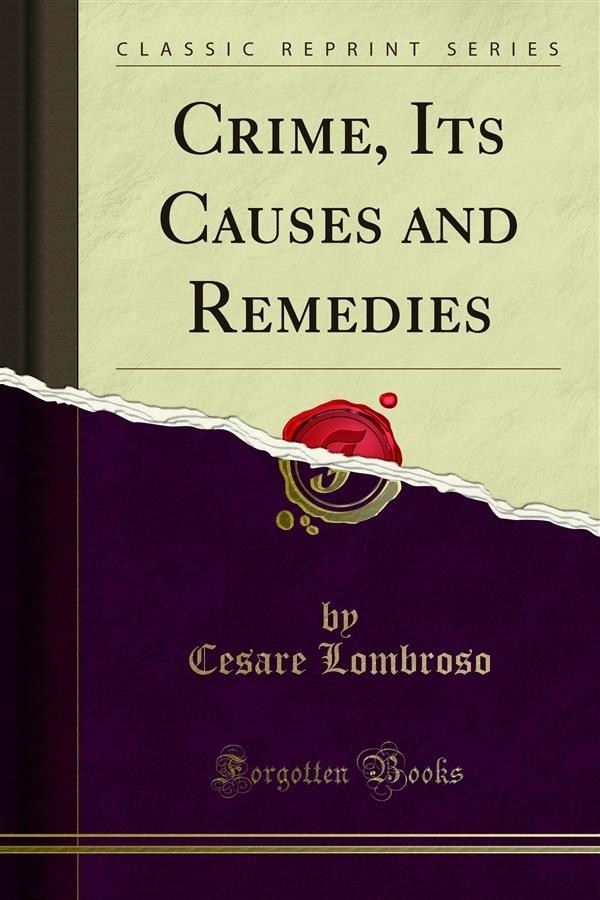 Crime, Its Causes and Remedies

<i>Crime, Its Causes and Remedies</i> is a work of criminology by author and Professor of Criminal Anthropology, Cesare Lombroso. Lombroso was a professor at the Italian University of Turin, and thus all of his works were written in Italian. This book, translated by Henry P. Horton, was not released in English until after Lombroso's death. It was selected by the American Institute of Criminal Law and Criminology for translation and deemed vitally important in the understanding of crime and criminals.<br><br>Part one examines the factors that contribute to crime, paying more attention to the individual than to environmental factors. Part two looks at ways in which crime can be reduced and avoided, highlighting both effective and ineffective measures that have been used. Part three applies the lessons of the first two parts to propose a detailed system for dealing with crime and criminals, from the penalties that criminals should face to the appropriate institutions they should be held in.<br><br>If nothing else, <i>Crime, Its Causes and Remedies</i> is a case study on how far a field of science can progress in 100 years. Much of the content of this book is hopelessly out of date and many of the theories forwarded in this book would be highly controversial if presented today, including equating epileptics and criminals, and the heavy reliance on racial profiling.<br><br>This book is valuable mostly for the historical insights it provides into criminology and moral attitudes rather than as a source of textbook knowledge about the subject.