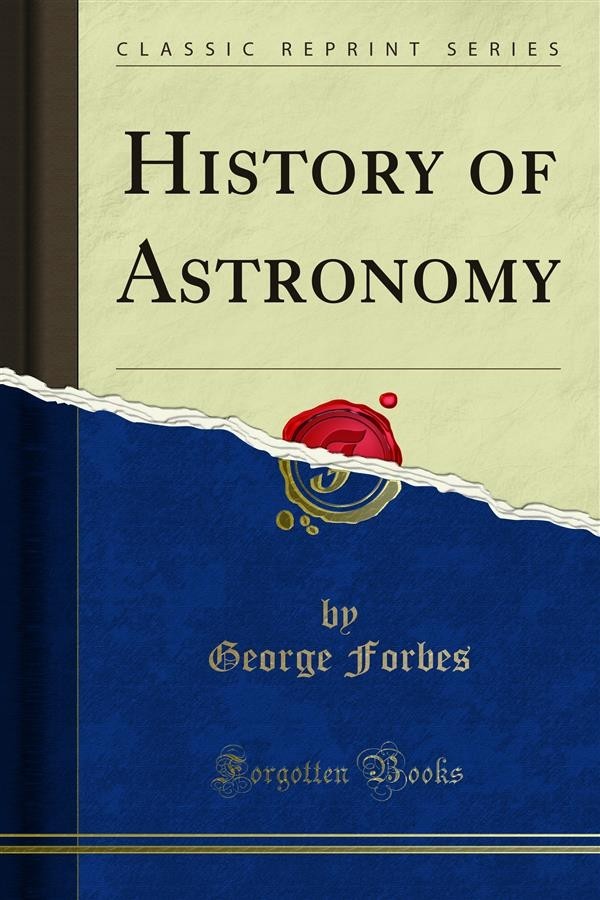 It would, indeed, be a pleasure to entertain the hope that these pages might, among new recruits, arouse an interest in the greatest of all the sciences, or that those who have handled the theoretical or practical side might be led by them to read in the original some of the classics of astronomy. Many students have much compassion for the schoolboy of to-day, who is not allowed the luxury of learning the art of reasoning from him who still remains pre-eminently its greatest exponent, Euclid. These students pity also the man of to-morrow, who is not to be allowed to read, in the original Latin of the brilliant Kepler, how he was able — by observations taken from a moving platform, the earth, of the directions of a moving object, Mars — to deduce the exact shape of the path of each of these planets, and their actual positions on these paths at any time. Kepler's masterpiece is one of the most interesting books that was ever written, combining wit, imagination, ingenuity, and certainty. Lastly, it must be noted that, as a History of England cannot deal with the present Parliament, so also the un finished researches and untested hypotheses of many well known astronomers of to-day cannot be included among the records of the History of Astronomy. The writer regrets the necessity that thus arises of leaving without mention the names of many who are now making history in astronomical work.