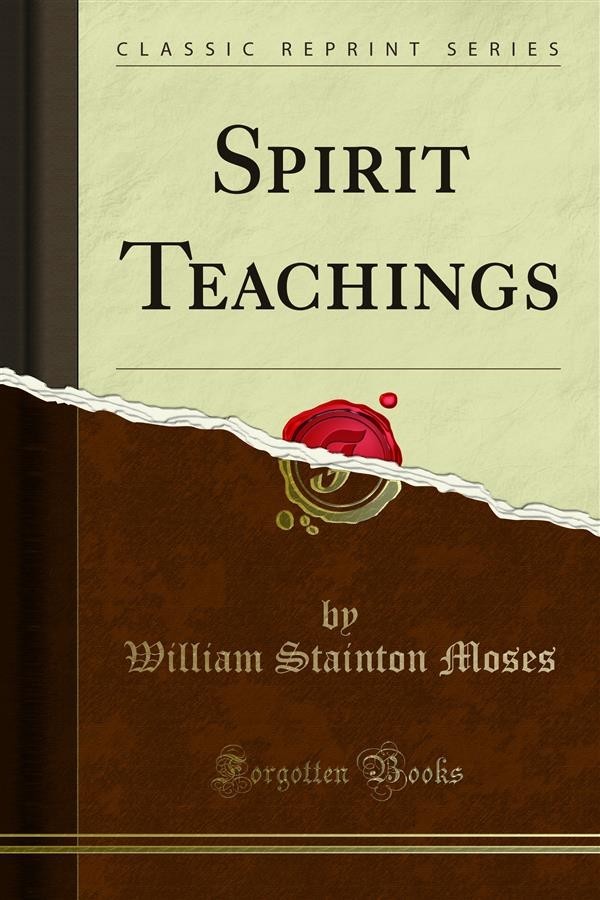 William stainton moses was born at the village of Don nington, in Lincolnshire, on the fifth of November, 1839. His father, William Moses, was the Head Master of the Grammar 'school, and his mother the daughter of Thomas Stainton, of Alford, Lincolnshire. His education was commenced at the school of which his father was Principal, and was afterwards continued with'a private tutor, who, impressed by his great abilities, strongly urged Mr. Moses to send his son to a public school. His advice was acted upon, and in August, 1855, young Stainton Moses, then in his l6th year, was placed at the, Grammar School at Bedford. Here he remained for nearly three years, winning golden opinions from all the masters on account not only of his brilliant abilities but also of his con spicuous industry, regularity, and general attention to all his duties. In one term alone he carried off four prizes and shortly before he left he was elected to one of the two exhibitions which had been founded in connection with the school. On leaving, he received from the Head Master testimonials of the most ﬂattering nature, speaking in high terms of the very rapid progress he had made in all departments of study, and also of the uniform excellence and correctness of his school conduct.