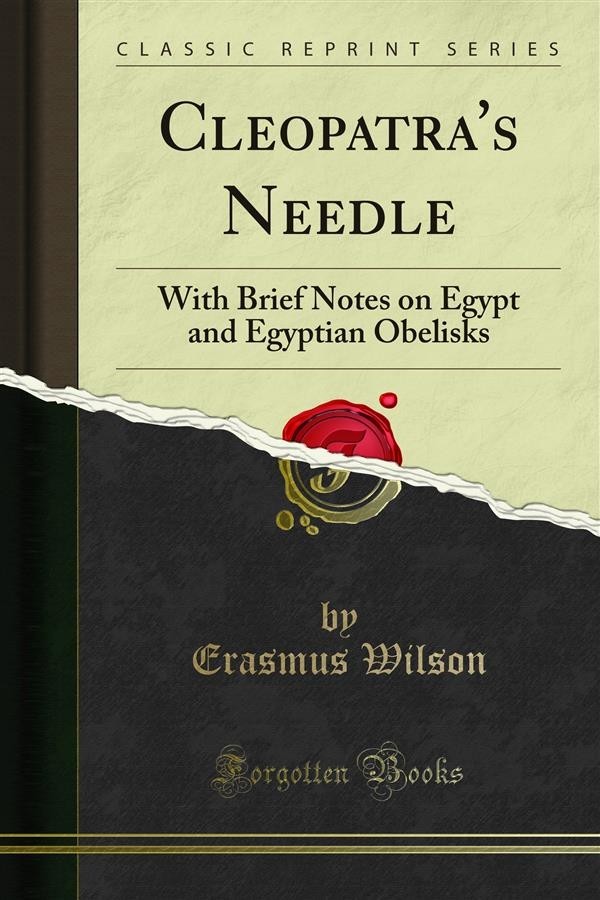 The accompanying pages are intended as an introduction to the magnificent Egyptian Obelisk which is about to take its place among the monuments of London. This Obelisk was hewn in the renowned quarries of Syene, at the extreme southern boundary of Egypt, and was thence floated down the stream of the Nile to Heliopolis, the City of the Sun. It was erected, as one of a pair, in front of the seat of learning wherein Moses received his education, and stood in that position for about 1, 600 years. Shortty before the Christian era it was conveyed to Alexandria, where it has remained until the present time, and is now on its voyage to the banks of the Thames. Its age, therefore, may be computed at upwards of 3,000 years.<br><br>At that early period, when other nations had not yet awakened into the dawn of civilisation, Egypt had made substantial progress in architecture and sculpture; and the British Obelisk may be taken as an admirable example of their excellence.