Man Is a Spirit 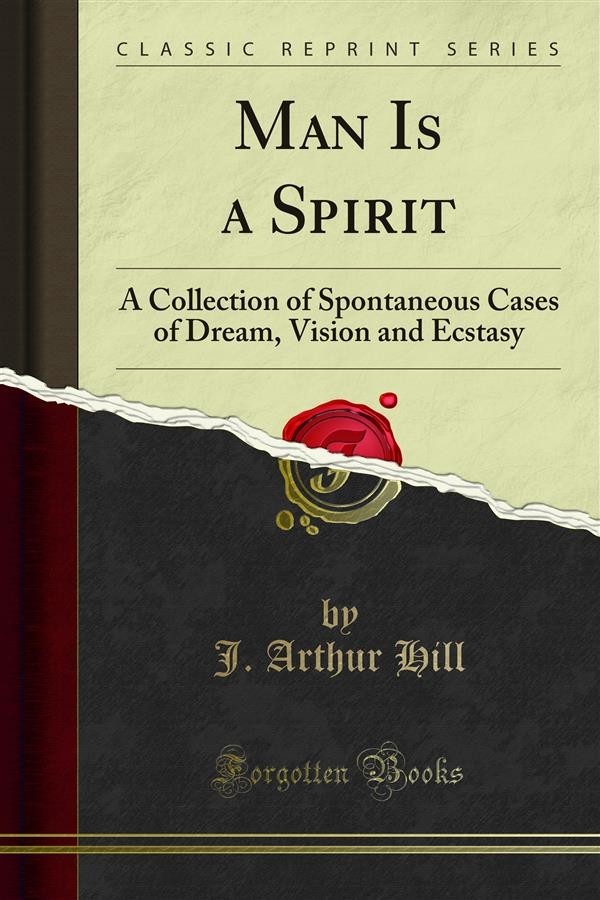 Man Is a Spirit

It is difficult to give in few words any idea of such a large subject, but the following may help. Telepathy, or transference of ideas from mind to mind through channels other than the known sensory ones, suggests but does not prove super physical action. Clairvoyance, automatic writing, and trance speech often produce true matter unknown to the sensitive and sometimes unknown to any one present. The supposition of telepathy from distant people, who do not know and are not known to the sensitive, is a reasonable guess in default of anything better, but it does not seem likely and in some cases it is unacceptable. And a few cases are on record — one in the follow ing pages — of information being given which was possessed by no living mind, but which was possessed by the person purporting to communi cate. Swedenborg describes an experience of this kind, which was taken seriously even by the sceptical Kant.