A Handbook of Systematic Botany 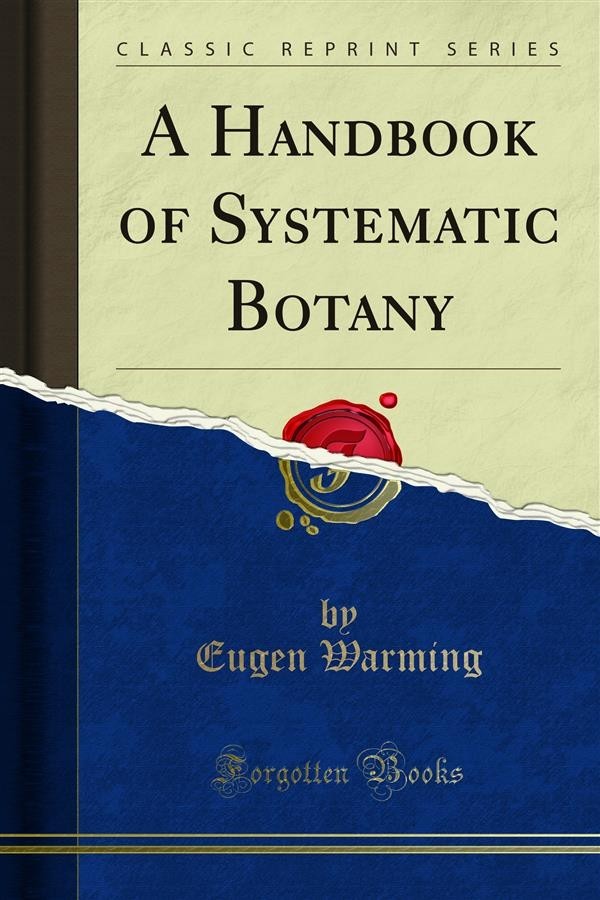 A Handbook of Systematic Botany

The present translation of Dr. E. Warming's Haandbog i den Systematiske Botanik is taken from the text of the 3rd Danish Edition (1892), and from Dr. Knoblauch's German Edition (1890), and the book has been further enriched by numerous additional notes which have been kindly sent to me by the author. Dr. Warming's work has long been recognised as an original and important contribution to Systematic Botanical Literature, and I have only to regret that the pressure of other scientific duties has delayed its presentation to English readers. Dr. Warming desires me to record his high appreciation of the careful translation of Dr. Knoblauch, and his obligation to him for a number of corrections and improvements of which he has made use in the 3rd Danish Edition. In a few instances I have made slight additions to the text; these, however, appear as footnotes, or are enclosed in square brackets.<br><br>In the present Edition the Thallophytes have been revised and rearranged from notes supplied to me by Dr. Knoblauch, to whom I am indebted for the Classification of the Fungi, according to the more recent investigations of Brefeld. The Bacteria have been revised by Dr. Migula, the Florideæ rearranged after Schmitz, and the Taphrinaceæ after Sadebeck. The main body of the text of the Algæ and Fungi remains as it was originally written by Dr. Wille and Dr. Rostrup in the Danish Edition, though in many places considerable alterations and additions have been made. For the sake of comparison a tabular key to the Classification adopted in the Danish Edition is given in the Appendix.