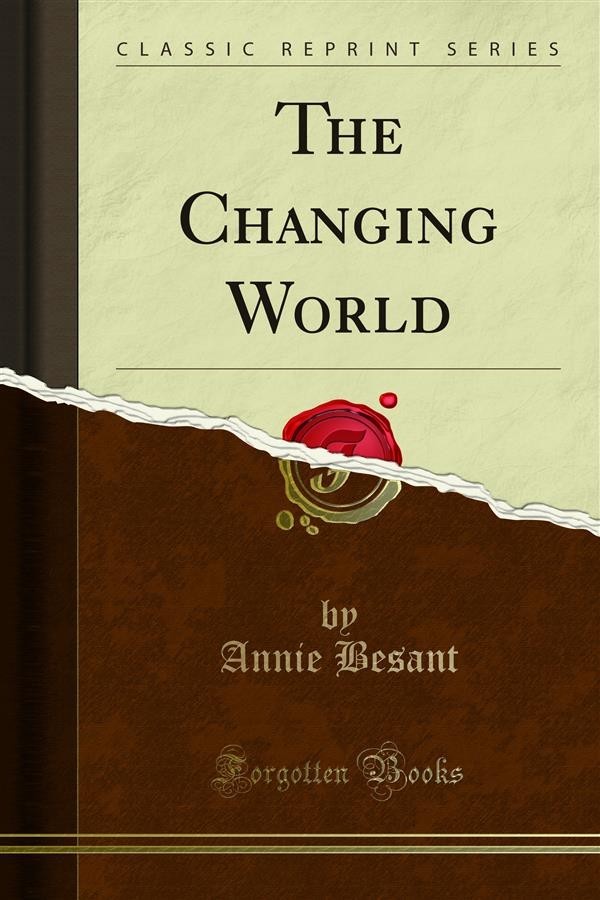 In that familiar picture which every child who has gone to the seaside knows so well, is a figure of the great tide of evolution, in which races are waves and the ocean humanity itself. And each great wave-the great wave that comes at intervals — is a race, and the smaller waves that come between are the sub-races which the race bears. Just as with the water, so with humanity as one sub-wave is breaking, having reached its highest point, another is rising silently behind it, which shall rule the world when the breaking wave has spent its force. Then, from time to time, to those who have eves to see, on the crest of the breaking wave appears the mighty angel that we call the Spirit of the Age, and his feet are on the wave, and his locks mingle with the rays of the sun, and he cries out in a voice of thunder: Be hold I make a new heaven and a new earth in which righteousness Shall dwell.