The Concepts and Theories of Modern Physics 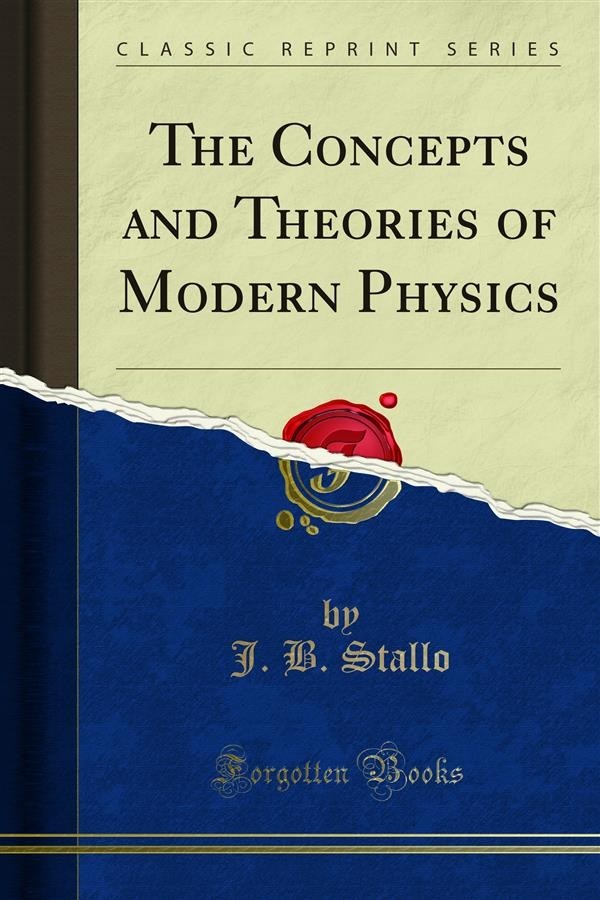 The Concepts and Theories of Modern Physics

The misapprehension I speak of is very surprising, in View of the explicit declaration, contained in the very first sentence of my preface, that the book is de signed as a contribution not to physics, nor certainly to metaphysics, but to the theory of cognition. N ot withstanding this declaration, most of my critics assume it to be my purpose to expose the shortcomings and de feets of particular physical theories as devices for the colligation of facts, or as instruments of research, and suppose that my endeavor is simply, as one of my crit ics expresses it, to pick flaws in these theories, or, in the language of another critic, to crassify and develop contradictions between them, to set facts by the ears, and bump friendly heads together — in short, in the spirit of a sort of scientific pyrrhonism, to dis credit the familiar methods Of physical science, if not to invalidate its results. And they complain that I fail to apprehend what one of them is pleased to term the laboratory function of a physical theory or hypothe sis, and to appreciate the distinction between a work ing hypothesis and a theory advanced with the claim of its final validity or truth.