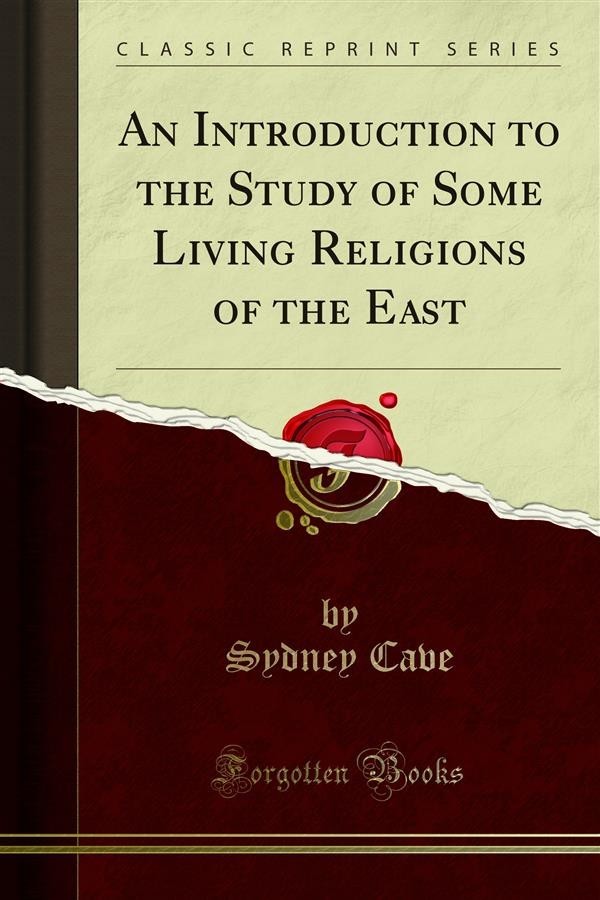 <i>An Introduction to the Study of Some Living Religions of the East</i> is a textbook by author Sydney Cave, who lived amongst Hindus for many years of his life and intimately studied other Eastern religions. He intended this work to be a beginner's guide to the study of non-Christian religions.<br><br>Cave has divided this textbook into five sections, each discussing a separate religion or religions. Hinduism, Zoroastrianism, Buddhism, Confucianism, Taoism, and Islam are all explored in depth in this book. The author follows a similar path for each section of the book. Each religion is introduced with a focus on its history and core beliefs. Important religious figures are discussed, with a focus on the spiritual significance of these individuals. The societies where these religions are practiced are also analyzed, helping to add some much needed social context to the discussion.<br><br>As a primer on the non-Christian religions, Sydney Cave's book is largely a success. The reader with little or no knowledge of the religions discussed will certainly find themselves with a greater understanding of the world's religions upon conclusion of this book. The author's style is eminently readable, with clear, concise prose lending an air of authority to the text. His section on Hinduism, the religion in which Cave is most knowledgeable, is probably the highlight of the book and is certainly the most thorough.<br><br><i>An Introduction to the Study of Some Living Religions of the East</i> is a terrific guide for those interested in learning about the world's religions. Any student of religious studies will find this to be a valuable text, as will anybody else with an interest in learning more about the belief systems of the people that surround them.