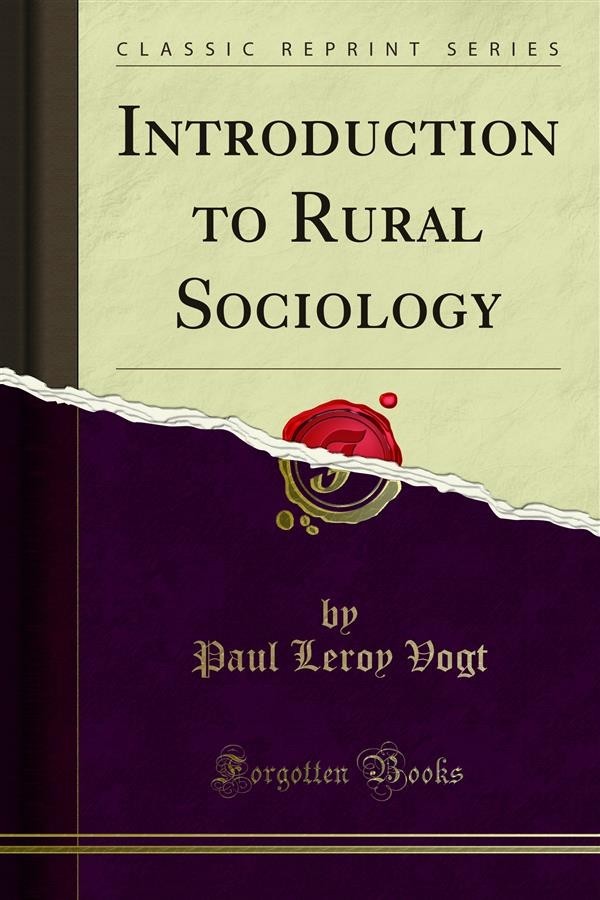 The practical value of modern attempts to reduce the laws of social organization to a scientific basis has been so thor oughly demonstrated that it no longer needs discussion. Inter est in problems of social organization and effort to understand and solve them have continued to increase as recognition of the value of such effort has grown. Such applied problems as those of the causes and relief of poverty, the adjustment of labor conditions, the equitable distribution of wealth, the social control of the growth of cities and the administration of ai fairs oi state in the larger units, have long received attention. The more recent interest in problems of rural and village life is but an expression of the broadening social point of view, and of the recognition of the fact that human society is, so far as the modern world is concerned, a unity, and that an under standing of rural problems is not only necessary for the sake of the country community but is also necessary as a basis for the explanation of many urban social problems.