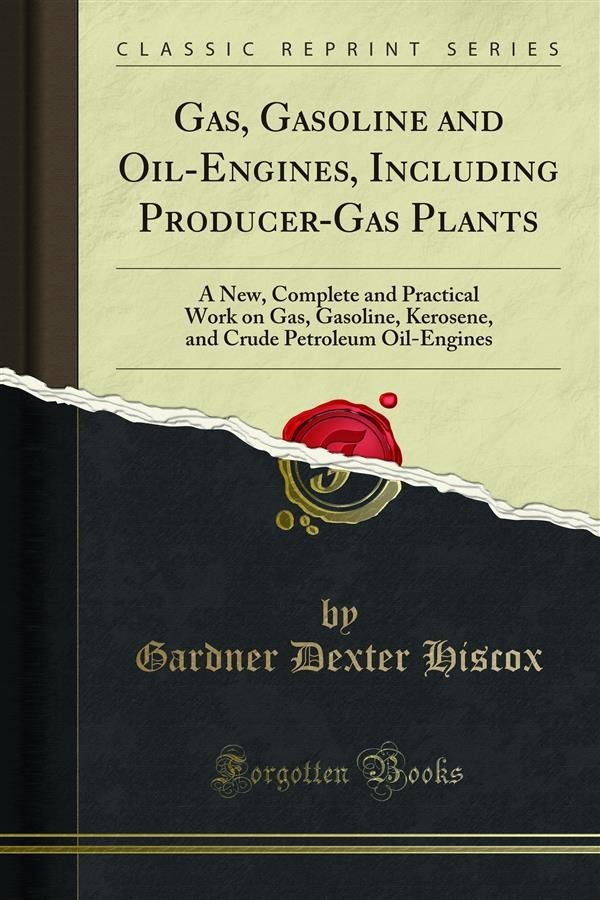 A book representing and illustrating the details Of design, manufacture, and management Of a new and progressive prime moving power, falls behind its time. By age and therefore needs re arrangement and additions to bring its text and illustrations up to date in all the departments Of such progressive industry. There is probably no more important mechanical industry, involving the production Of motive power for all purposes within the age of steam, than that Of the explosive motor and its far — reach ing effect in the promotion Of industry by a cheap helping hand. SO quickly has this new power expanded to almost universal usefulness as a labor-saving element in the lesser industries, that the literature of the past is found lacking in its up-to — date needs. Progress and improvement are the drift Of genius in this advanced age. The progress made in adapting the use Of crude petroleum as fuel for explosive power, together with the rapid development Of the producer-gas industry, have given a new economy in the production Of power, while the use Of the hitherto neglected gaseous elements Of the blast — furnace and coke manufacture have added new sources Of power production at a nominal cost. With these matters in View the author has revised, rewritten, and added to the contents Of the last edition Of this work such material and ideals that have come to his knowledge as will better represent the latest standards Of construction and Operation Of the explosive motor; to which is included an illustrated chapter on the production Of the new fuel gases and their uses.