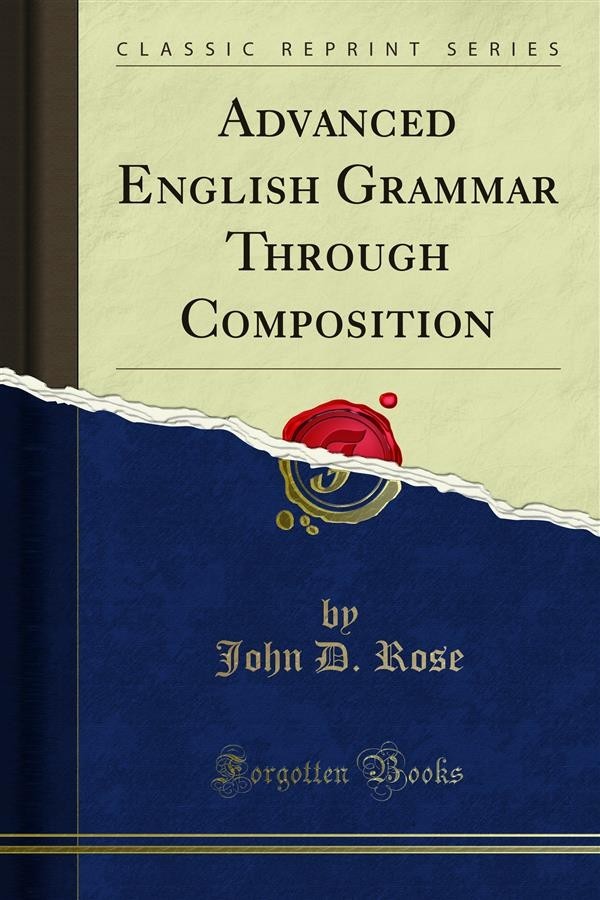 The fact that most of those who will use this book will probably be studying one or more foreign languages, has caused more than usual attention to be paid to the points of most importance for that work, such as the Prepositions, the Cases, the Subjunctive Mood, and Clause constructions and their equivalents. The subject of Prosody has also been treated in considerable detail, as the author has found by experience that practically all pupils can attain considerable facility in versifying, and that such exercises are most useful for gaining command over language and for training the taste of the pupils at an age when paraphrasing, etc, are beginning to be outgrown. For this, however, some thing much more thorough than the usual treatment Of Prosody in Grammars is necessary, and this the author has endeavoured to supply. The Historical Sketch of the English Language contains sufficient anglo-saxon and Chaucerian grammar to serve as reference for the explanations of grammatical forms throughout the book; and the account of the Vocabulary and of Word Building will, it is hoped, be found sufficient and self-contained. A chapter on Figures of Speech has also been added, so that information and practice on all the subjects usually included under English Grammar may be found in a single text-book.