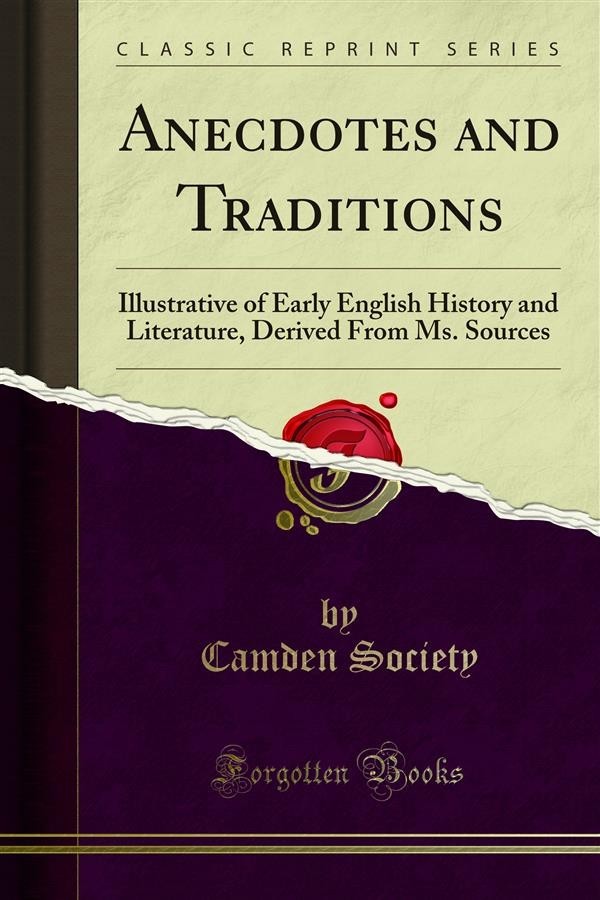 IN submitting to the Members of the Camden Society the following Anecdotes and Traditions, the Editor feels called upon, before proceeding to describe the sources from which they are derived, to explain the motives which induced him to suggest to the Council the propriety of the present pub lication a suggestion acceded to with a kindness which calls forth his best thanks. In the first place, then, it appeared to the Editor very de sirable that the Society should follow the example set them by Chaucer, whose intermixture of lighter matters, amidst the graver portions of his Canterbury Tales, has been the sub jcet of frequent and well deserved encomium; so that those Members of the Society who think Minerva looks most be Witching when her face is dimpled with a smile, may be allowed'an occasional glimpse of their divinity in that mood which they deem her happiest.