Marriage, Past and Present 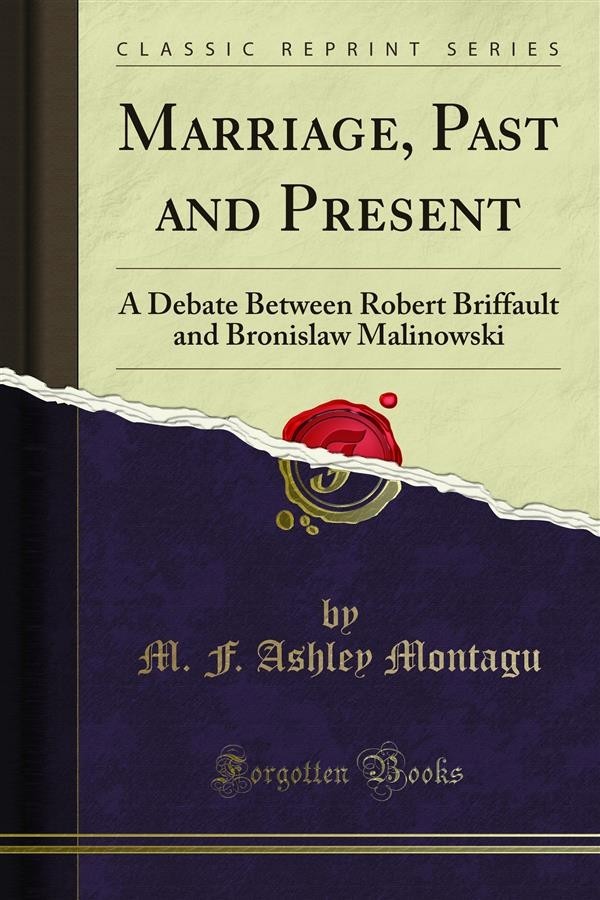 Marriage, Past and Present

When, for example, a groom among the peoples of East Africa makes a gift of cattle to his future father-in-law, the gift represents something vastly more than, and significantly dif ferent from, a payment to the father for the loss of the eco nomic services of his daughter. The gift is made as a social means of regularising a relationship between a man and a woman who by their 'uni'on' will involve two extended families and almost certainly two clans. The cattle and lother gifts are actually con tributed by the members of the extended family of the groom. Such gifts are in turn redistributed by the bride's father to his relatives, perhaps those who on a former occasion helped him gather the cattle which made possible the marriage of his own son. The recipients of the gifts thus widely distributed among the relatives at the time of' the marriage become more than ever responsibly involved in maintaining the Stability of the mar riage. Those who participate in a dowry tend to have certain obligations to the married couple and their children. The bride wealth (or brideprice) functi'ons as a socially stabilizing mechanism, such economic eﬂects as it may have being purely secondary to this. By its payment a wife is nor purchased, and she does nor become her husband's property or chattel.'