The Elements of Greek Philosophy 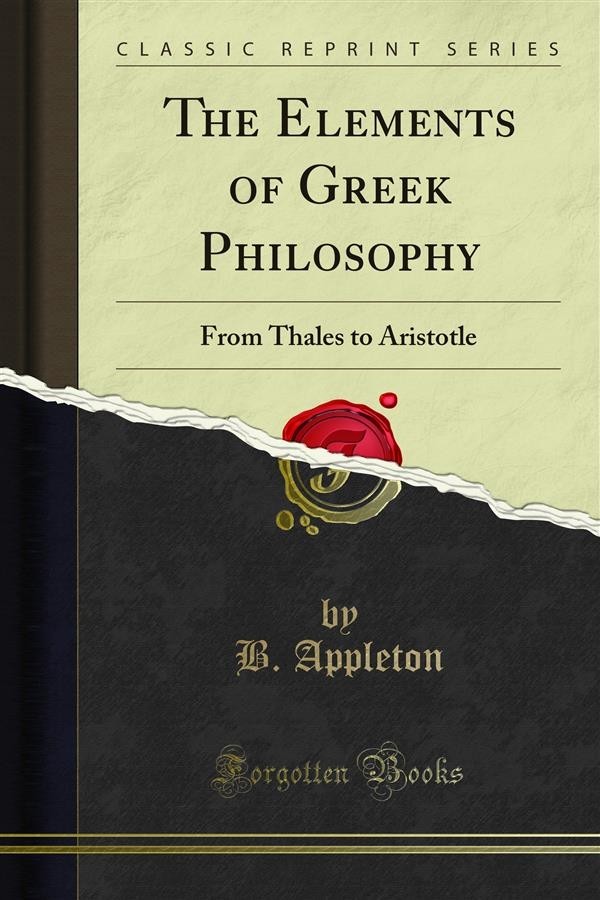 The Elements of Greek Philosophy

We shall expect, then, to find that philosophy is concerned with viewing things in their context and with assigning a right value to them in relation to the whole of that context. Plato defined it as a speculation upon all time and all existence — Oewpia 1rav1'6s pév xpdvou mims 82 eddies Republic, It is concerned with our knowledge as a whole; but before we can define it more precisely we must brieﬂy consider how we come to have any knowledge at all. For man and beast alike the senses are the avenues through which comes know ledge of the external world. Sight, hearing, touch, taste, and smell are senses which we share with the lower animals. But man alone can draw general and universal conclusions from the data thus provided. Some animals — dogs, for example — are endowed with a further faculty beyond the sense-perception (aiaenois) which is common to the whole animal kingdom. They remember that the whip smarts, and are capable of visualizing the effects of turning the handle of a door. Roughly Speaking, we may say that, in the scale of animal life.