The Constitutions of the Free-Masons 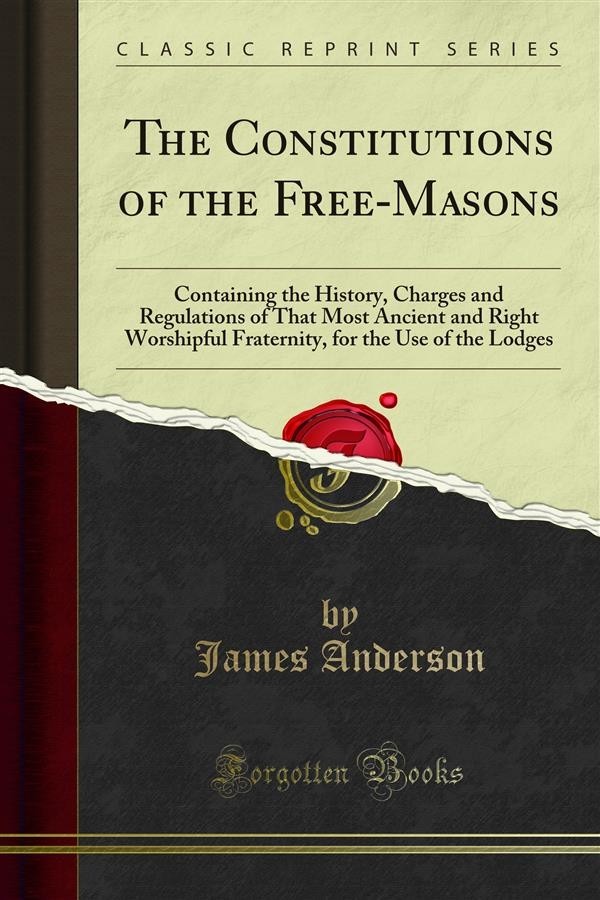 The Constitutions of the Free-Masons

The Constitutions of the Free-Masons is a set of rules and codes of conduct compiled for the Premier Masonic Grand Lodge of England, it was designed to help make uniform the practice of Freemasonry in the area of South East England, London in particular. The practice of Freemasons across the United Kingdom and Ireland was considered far too broad to be brought into line at the time of writing, although Reverend Anderson had them in mind as later editions show. This constitution was later considered to be responsible for founding the tradition of the story of King Solomon’s Master Builder, it also may be responsible for the pyramid inspired organisational structure of Freemasonry today. <br> <br>Reverend James Anderson’s constitutions were based on the Gothic Constitutions, some of the oldest known masonic manuscripts as well as George Payne’s work from the early eighteenth century. The Constitutions of the Free-Masons, Containing the History, Charges, Regulations and of that most Ancient and Right Worshipful Fraternity, For the Use of the Lodges contains a number of standard masonic commandments and rules including obedience to the rule of a higher power (in this iteration the interpretation is strictly Christian however Freemasons today accept other faiths), civil obedience to laws and rulings, the practice of crafts and crucially rules concerning secrecy about Lodge matters.<br><br>Reverend Anderson revised and updated this volume many times for the changing needs of Freemasonry across the world but this particular iteration remains a gold standard and an ideal for what he felt would be achievable and desirable in his immediate sphere of influence.