Notes From My Bible 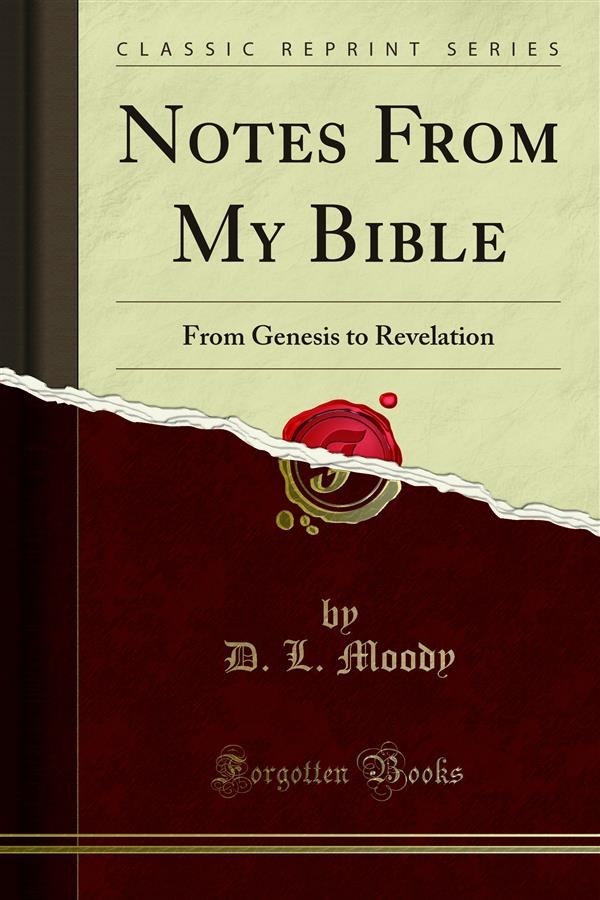 Notes From My Bible

‘The power of anecdote and illustration to press home the truth into the hearts and minds of their hearers is largely utilized by preachers and teachers of today. Notes From My Bible is the harvest of many years' gathering in this direction, and I want it to be distinctly understood that its contents are not claimed to be original’. Reverend Moody was as modest as he was informative in this, the brightest star in his collection of biblical writings. <br><br>When D. L. Moody wrote ‘Notes From My Bible’ he hoped to continue his religious work. Having already founded a biblical institute and a church this extension of his ministry was simply the next step. He considered providing a commentary on the book which he considered to have more importance than any other. After carrying around his personal copy, jotting down the nuggets of insight that received reading into the margins and blank pages, Moody’s personal Bible became a genuinely priceless object. <br><br>He used his advanced theological knowledge and philosophical revelations to open up the possibility of spiritual enlightenment to as many people as possible. He was also of the opinion that to read the Bible was a genuine interaction, urging his readers to be ready to ‘present new thoughts to the old truths of the Bible’. This book is suitable for Christian devotional reading, group bible study, private contemplation and those with an interest in theological analysis, particularly early American Evangelical religious thought. There is also guidance for younger members of the clergy, faced with desperate appeals from parishioners or those seeking help, each with a bible verse that Moody himself had used. <br><br>Tread in the footsteps of a preacher from long ago, with a desire to connect to the divine that remains utterly modern.