What Can a Mother Do to Preserve Her Children's Teeth? 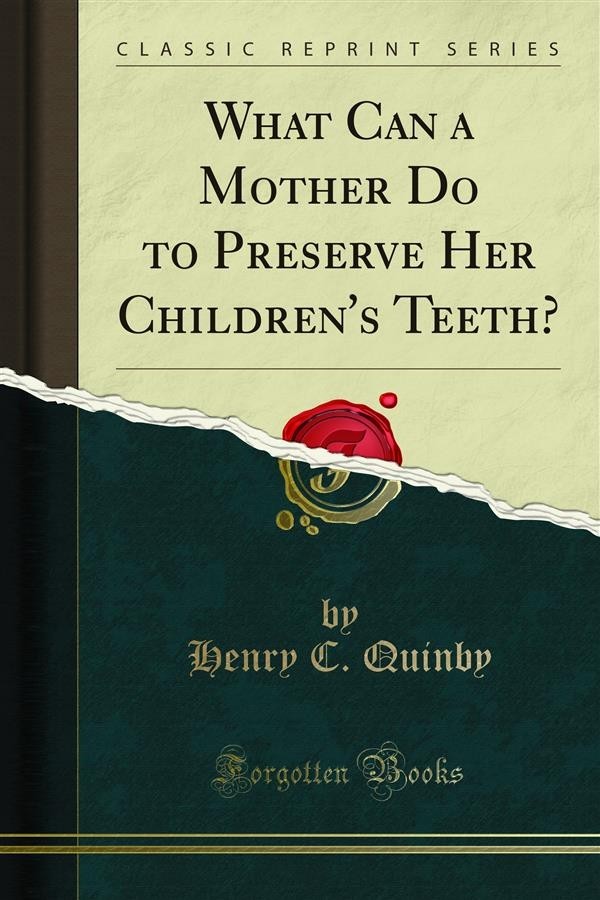 What Can a Mother Do to Preserve Her Children's Teeth?

And there are so many erroneous ideas, with so little real knowledge of what a mother can and should do for her children's teeth, that it has seemed to me a want would be supplied if some trustworthy informa tion were put together in a popular form to explain a few of the causes of tooth deterioration, and the means by which the evil can be arrested. My experience as a dental practitioner teaches me that if parents do not take the trouble to look after their children's teeth intelligently and carefully, the dentist may as well cease his endeavours to preserve these organs, and go back to his old position of tooth-drawer, which is still the only idea conveyed to many minds by the word dentist. There cannot be much doubt about the truth of the common assertion, that the teeth of the present generation are much more troublesome than those of the generations immediately preceding us, but I do not believe that the change from good to bad has been wholly, or very largely, the work of recent years. The fact has been forced upon our notice in late years, partly because the suffering begins earlier in life with the young children, and partly, no doubt, by the advance in dental science, which has made possible the successful treatment of teeth that our fathers would have had no hope of saving, and would, therefore, have got rid of with but little ceremony or remark. The deterioration has been going on long enough before our time, but its extent is beginning to be realized because it has reached a point where the most superficial observer cannot fail to see it.