The Philosophy of Eloquence 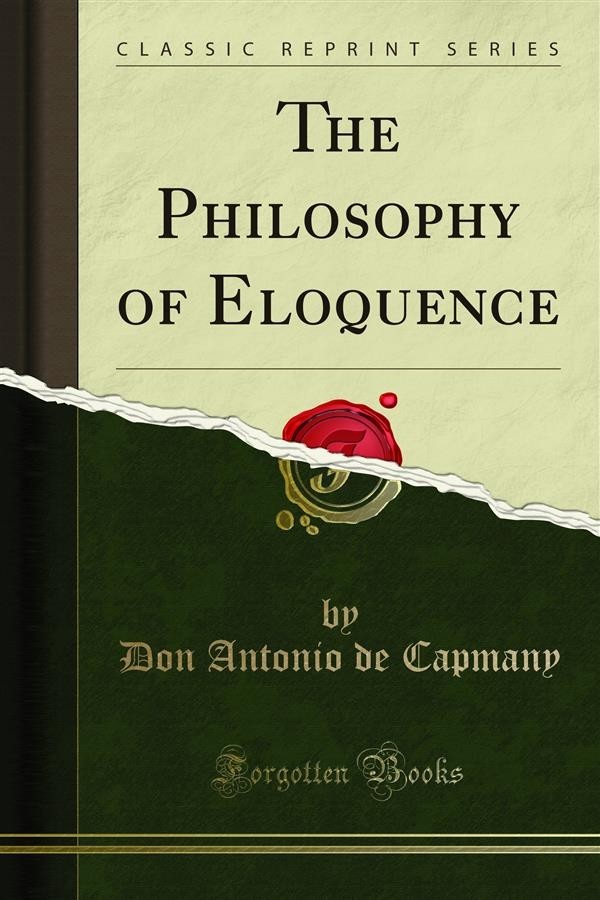 The Philosophy of Eloquence

There is, however, one slight change which I have ventured to make, namely, that of dividing the book into four parts, instead of three. Perhaps it is only a matter of choice that in the enumeration of the parts of a house, the foundation is sometimes omitted, sometimes included. The latter course cer tainly appears more in accordance with our usage. Hence the Introduction of the original, which may be regarded as the most important and essential portion of all, is here made the First Part; the other Parts then follow in regular succession. This change affects only the form of the book. The sub stance continues the same as before. The time for the appearance of the bookseems opportune. A great wave of literary revival is passing over Ireland, and we are on the high-road to be a bilingual people, like the Welsh, or the Bretons, or the French Canadians. Nothing can be more just than that the Irish language — one of the most venerable relics of antiquity in the whole world, sheltered in this remote isle of the west from the revolution ary storms of society elsewhere — should be cherished and honoured. What a reproach if it should be appreciated by the most eminent scholars of Europe, and ranked by philologists as of equal importance with Sanscrit, but left by us to perish of cold neglect! Happily the Irish, spoken here from a time long before King Solomon ruled in Jerusalem or King Priam in Troy, that is, for about four thousand years, is still a living language, while Sanscrit has been dead for many centuries; and, con sidering how the Irish race everywhere pros pers under favourable circumstances, there is no reason why the language should not now, when all the world can read and write, attain to a noble literature, worthy of that fame for learning which distinguished Ireland in former days, and of the many precious old manuscriptswhich still remain, though almost unknown to us.