On the Origin of the Indian Brahma Alphabet 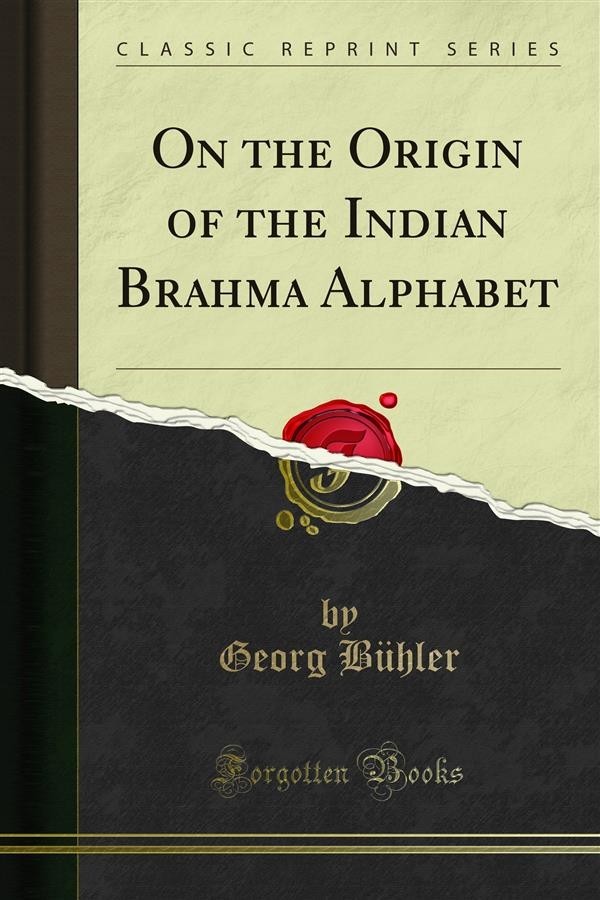 On the Origin of the Indian Brahma Alphabet

Addenda and Corrections Further passages from the Jatakas, pp. 120 — 124. The twelve Phala in the Bengal schools, pp. 120 — 124. The Petrofi'ski ms. From Khotan, pp. 120 — 124. Ever since Mr. J. Prinsep succeeded in deciphering the Edicts incised by order of the god-beloved king Piyadasi of Pataliputra on the pillars and rocks of Eastern, Central and Western India, the attention of the European Orientalists has been directed to the question of the origin of their curious alphabet, which is the parent of all those now used from Cape Comorin to the Himalayas and of many others occurring be yond the confines of India proper. And, while there has been not much difference of opinion regarding the derivation of the second alphabet, in which Piyadasi's servants placarded their master's sermons in the Northwestern corner of his dominions, the views regarding the source of the more common characters have diverged very widely. There has been almost from the beginning a pretty general consensus that the alphabet of the Shabazgarhi and Mansehra Edicts, called by the Europeansthe Arian, ariano-pali, bactro-pali, Gandharian, Northwestern or Northern and by the Hindus Kharosthi l-ipi,' is, as the direction of its letters from the right to the left at once suggests, of Se mitic origin, and that it has been derived from one of the later types of the Northeastern Semitic alphabet. But for the charac ters running from the left to the right, called by the Europeans Lath, Southern, Indian Pali, Indian or Maurya and by the [2] Hindus Brahmi lipi, not less than five different derivations have been proposed, of which a detailed demonstration has been attempted. The number of general, more or less vague.