The Game of Skat in Theory and Practice 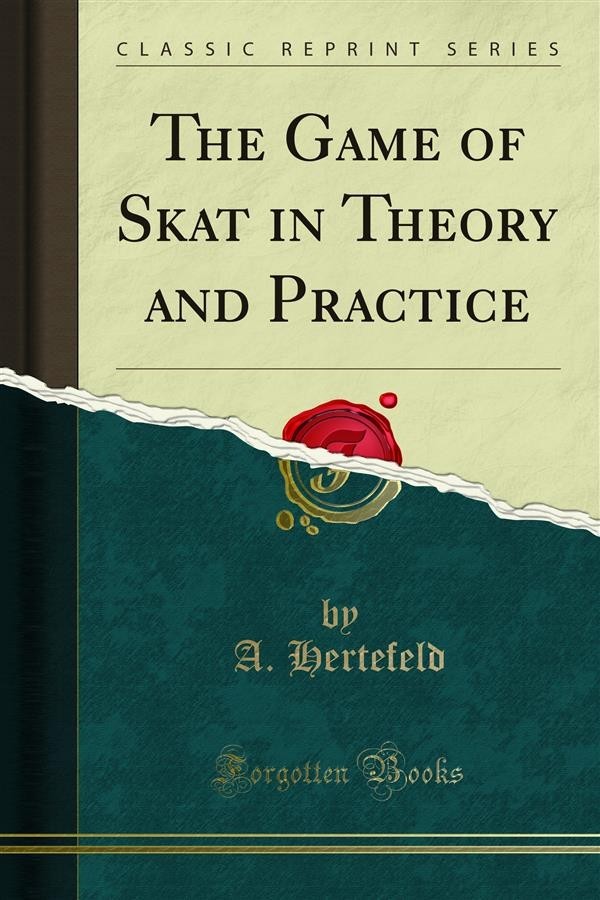 The Game of Skat in Theory and Practice

The origin of the name of Skat has occasioned nearly as much dispute as the identity of its author; various deriva tions, more or less fanciful, having been suggested for it. Bearing in mind, however, the fact just stated that Skat is in part a derivative of T (tree, the question seems to resolve itself. The terms of that game were throughout Italian, and the word 550770 was therein used (as it is in other Italian card games to this day) to signify I discard. Now what is known as the Skat consists of the two supplementary cards which remain after the rest have been divided, and which the challenging player is entitled to take into his own hand, discarding in their place two of the cards dealt to him. It is obvious that Skat derives its name from this Starla, or discard. Up to the year 1826, the game of Skat was little known outside of Altenburg. Thence it was imported, by some youthful natives of that town, into the neighbouring University of Leipzig, and speedily became the rage in student circles; its progress being a sort of triumphal march through the various university towns. Hence departing students took it with them to their homes, and introduced it into graver circles. During the last five-and-twenty years it has Spread over the whole of Germany, and has achieved such universal popularity that it may now be regarded as the national game of that country.