Schopenhauer's System in Its Philosophical Significance 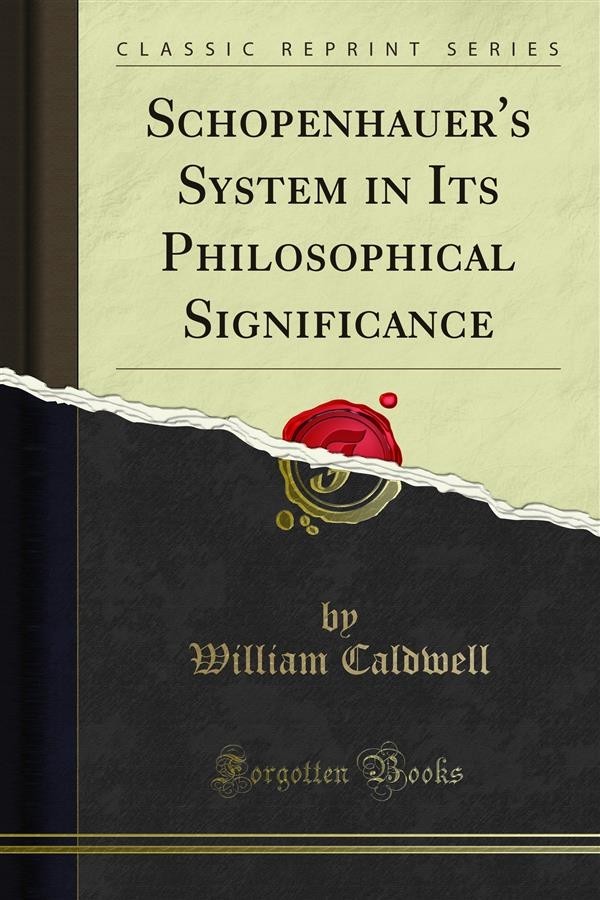 Schopenhauer's System in Its Philosophical Significance

This book is substantially the outcome of the public lectures delivered by me in the Logic class-room of the University of Edinburgh, in the months of October and November, 1893, at the close of my tenure of the Shaw Fellowship. Following the precedent of previous holders of the Shaw Fellowship, Professor Sorley of Aberdeen and Professor Mac kenzie of Cardiff, and also in accordance with the natural necessities of the evolution of the work in my own mind, I have departed altogether from the lecture form, and have pre sented my matter in the shape of several continuous philo sophical essays. Some of these chapters may appear to be of undue length. As each, however, was intended to reﬂect to some extent the system of Schopenhauer as a whole, as well as to indicate his views upon the particular topic in question, it seemed undesirable to curtail too much. Taken together, they represent a series of attempts to suggest the significance of Schopenhauer's thought as an organic whole. The order of the series is partly natural and partly logical.