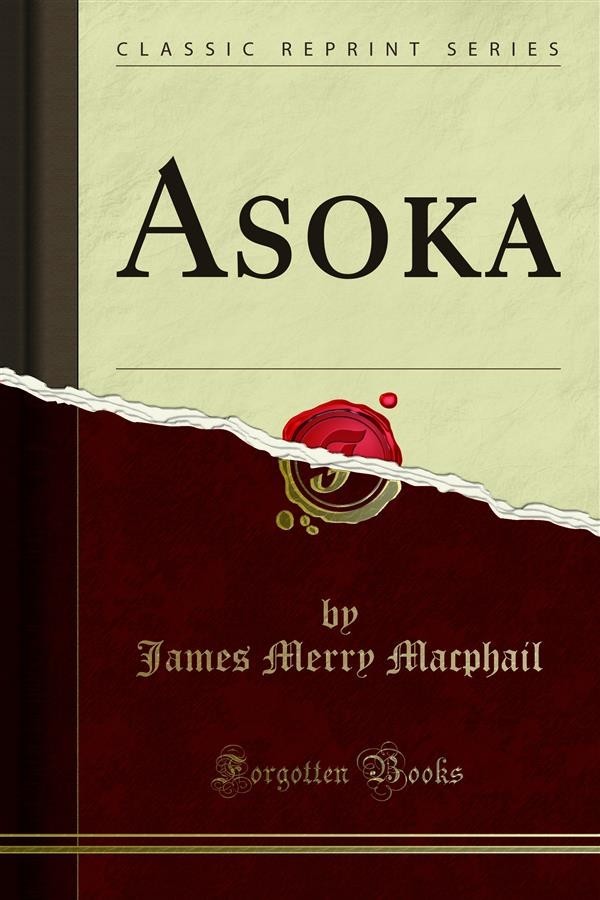 IN the history of ancient India, the figure of Asoka stands out like some great Himalayan peak, clear against the Sky, resplendent in the sun, while the lower and nearer ranges are hidden by the clouds. As an historical figure, his character has to-day a two fold interest for us: political and religious. He was the most illustrious member of a great and powerful dynasty, which has left indelible traces of its achievements on Indian history, and he was the leader in his own day of a spiritual movement which, spreading far with profound effect, marked an epoch in the history of the Eastern world, and has exercised a religious inﬂuence upon a third of the human race. It was inevitable that there should be a large admixture of legend and myth in the mass of tradition that has gathered round the name of Asoka: the same is true of all the heroes of antiquity who have impressed themselves on the popular imagination; of the English King Arthur and his Knights of the Round Table, of the good King Alfred, and of St. Louis, the saintly King of France; but a remark able fact about Asoka is that we have at our disposal, clearly distinguishable from the almost unlimited amount of myth, a limited but still very considerable amount of authentic and indisputable evidence of a most interesting kind, by which he is brought nearer to us and made more real than any other monarch of ancient days in India. Recently this evidence has been accumulating. The researches of scholars and the excavations of the Archaeological Survey have combined to place at our disposal fresh sources of informa tion, in some cases confirming what had previously been conjecture, and in others adding to the sum of ascertained knowledge new facts of very great value.