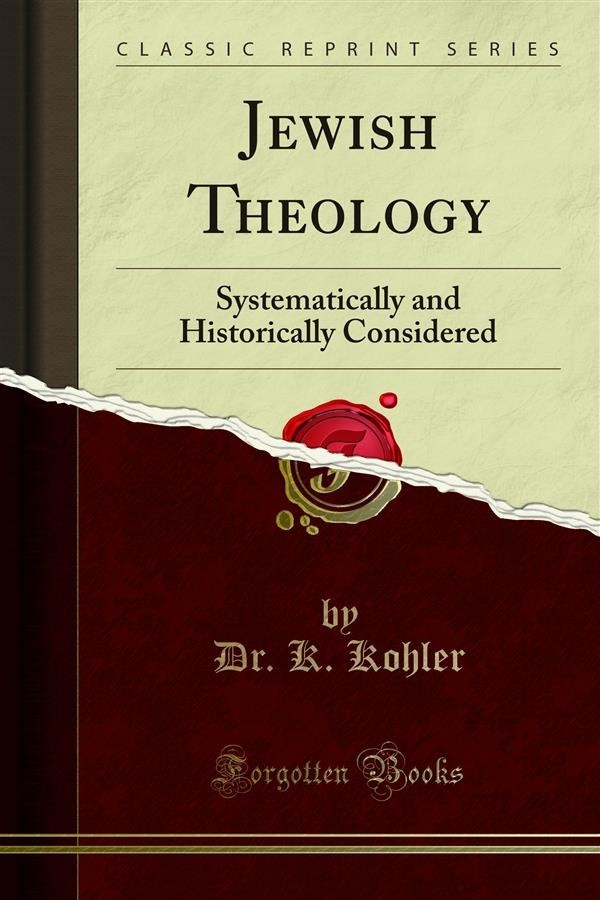 It is from this standpoint, taken also by the sainted founder of the Hebrew Union College, Isaac M. Wise, that I have writ ten this book. At the same time I endeavored to be, as it behooves the historian, just and fair to Conservative Judaism, which will ever claim the reverence we owe to our cherished past, the mother that raised and nurtured us. While a work of this nature cannot lay claim to complete ness, I have attempted to cover the whole field of Jewish belief, including also such subjects as no longer form parts of the religious consciousness of the modern Jew. I felt especially called upon to elucidate the historical relations of Judaism to the Christian and Mohammedan religions and dwell on the essential points of divergence from them. If my language at times has been rather vigorous in defense of the Jewish faith, it was because I was forced to correct and refute the prevail ing view of the Christian world, of both theologians and others that Judaism is an inferior religion, clannish and exclusive, that it is, in fact, a cult of the Old Testament Law.