Dante and the Early Astronomers 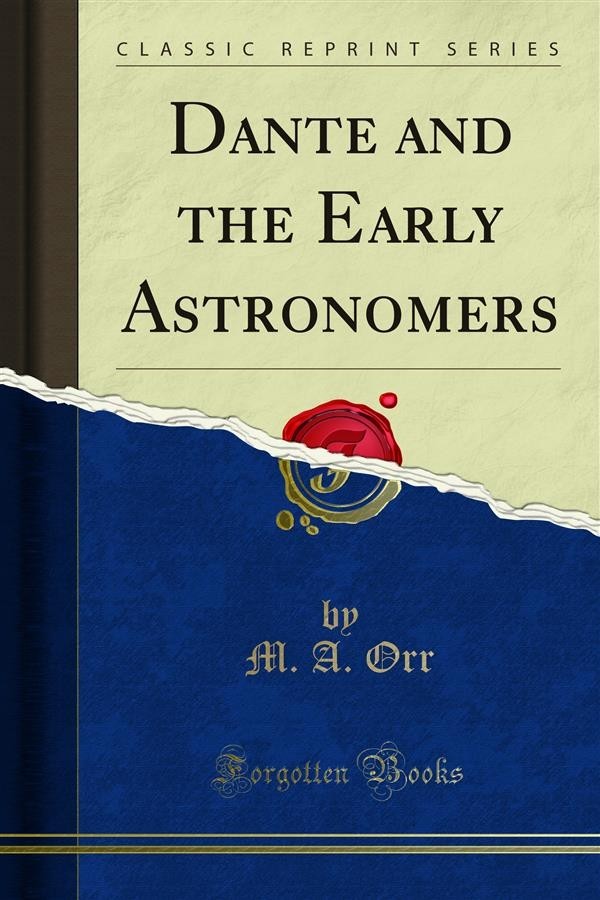 Dante and the Early Astronomers

In a beautiful passage of the Convivio Dante describes how he first began to devote himself diligently to science and philosophy. When the gentle soul Of Beatrice had passed to heaven, a great darkness fell upon him: the Streets Of Florence were to him as a deserted city, and his life empty and purposeless. It was long before he could find any comfort, but at last he bethought himself Of studying a book by Boethius, who When exiled, imprisoned, and unjustly condemned to death, had strengthened his soul With the Con solations Of Philosophy. This led him on to Cicero's book On Friendship, in which Laelius explains how he is consoled for the death Of Scipio. Books in. Those days could only be had in manuscript, full Of abbreviations, and often also Of errors, and at first the young student found the Latin hard to master; but as he struggled on, half deciphering and half divining the meaning, the mists cleared a little, and the weight was lifted from brain and heart. With elation he discovered that Obscure passages were becoming luminous, and to the exhilarating sense of conquest was added the joy Of finding, beautifully expressed.