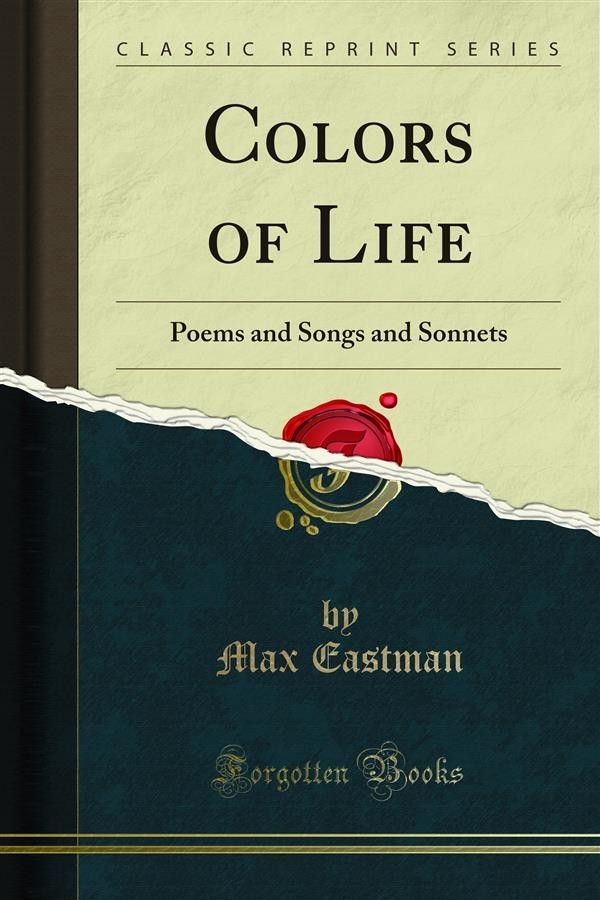 It is impossible for me, feeling and watching the eternal tidal currents of liberty and individual life against tyranny and the type, which are clashing and rearing up their highest crimsoned waves at this hour, to publish without some word of depre cation a book of poems so personal for the most part, and reﬂecting my own too easy taste of free dom rather than my share in the world's struggle towards an age and universe of it. That struggle has always occupied my thoughts, and often my energies, and yet I have never identified myself with it or found my undivided being there. I have found that rather in individual experience and in those moments of energetic idleness when the life of universal nature seemed to come to its bloom of realization in my consciousness. Life is older than liberty. It is greater than revolution. It burns in both camps. And life is what I love. And though I love life for all men and women, andso inevitably stand in the ranks of revolution against the cruel system of these times, I loved it first for myself. Its essence — the essence of life is variety and specific depth, and it can not be found in monotonous consecration to a general principle. Therefore I have feared and avoided this consecration, which earnest friends for some reason always expect me to exemplify, and my poetry has never entered, even so deeply as it might, into those tempests of social change that are coloring our thoughts today. Poetry that has life for its subject, and untem pered reality, is rather expected to manifest that irregular ﬂow and exuberance of material over structure with which Walt Whitman challenged the world. In America at least the freedom and poignant candor of strong art is associated with the tradition that he founded, and little is granted to that other tradition which finds its original in Edgar Allan Poe. There existed in Europe, how ever, a succession of poets whose eyes turned back in admiration to Poe, and they were the poets of reality and those who touched the mood of social revolt. And for my part I think there is a mod ern validity in the attitudes of both these poets, and a certain adjudication between them which a perfectly impersonal science might propose.