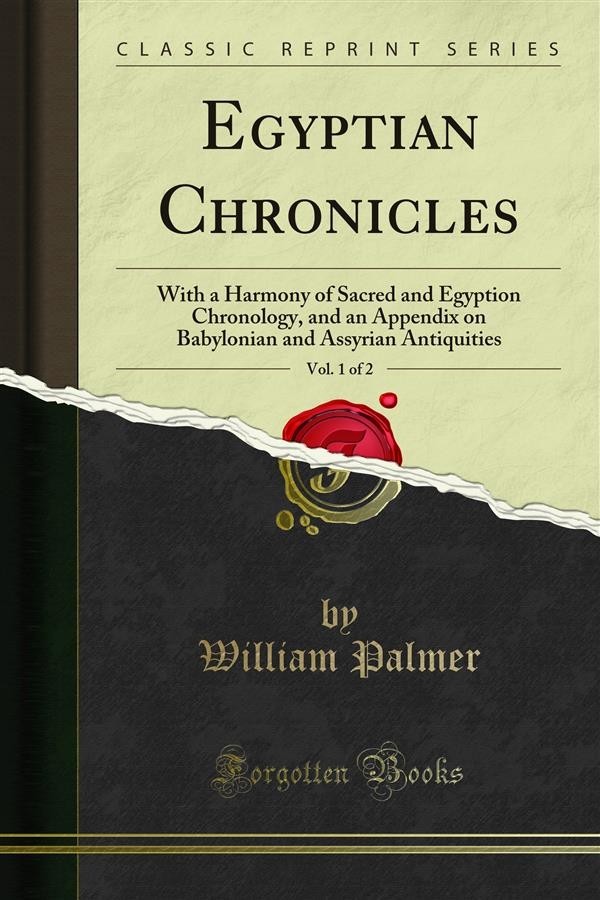 Most persons who have at all attended to Egyptian antiquities will remember with interest how slight an accident it was which led Belzoni to his grand discovery of the tomb of Seti I., the father of Rameses the Great. In the wild desert-valley of Biban el Malouk, the bareness of which contrasts so strangely with the green plain on the other side of the Assassif when in crossing by the mountain path one sees from the top both sides at once, at the foot of one of those lateral ridges in which are many of the kings tombs, he noticed a slight depression of the sand, as if the rains, which even in the Thebaid fall in some years, had there soaked through to some cavity. So he dug, and came first upon a descending gallery; and then, after trying the rock at which it seemed to end and which sounded hollow, he broke his way through it, and found himself in the most perfect and the most magnificent of all the royal tombs - one unentered by Greek visitors under the Ptolemies, and connected with reigns of the highest historical interest (for Seti I. and his son Rameses II. are the chief elements of the Sesostris of Herodotus and Diodorus) - the gorgeous paintings of which, partly historical and partly relating to the dead, preserved intact in all the freshness of their colours, have been the source of the most striking of those facsimiles of Egyptian sepulchral paintings which are now to be seen in the museums of Europe.