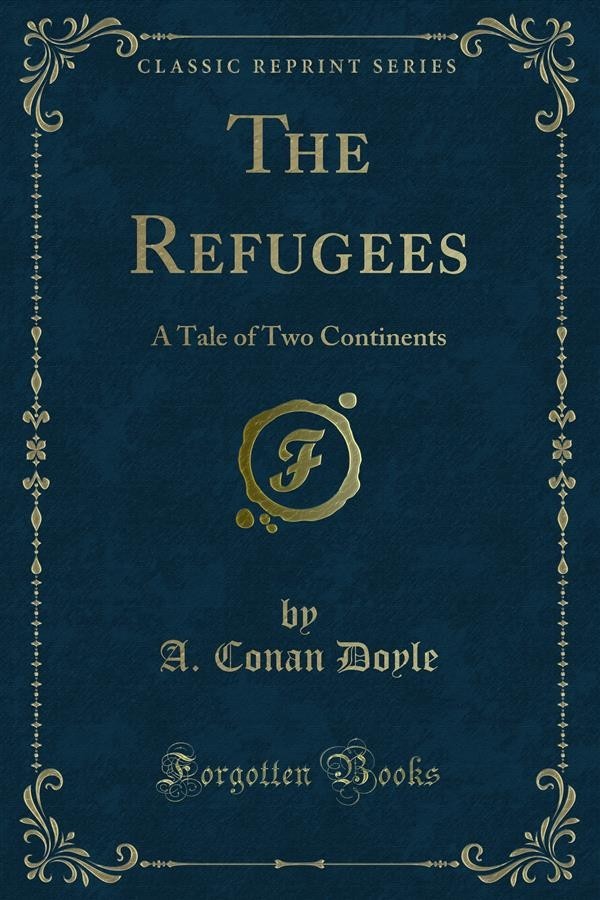 Ir was the sort of window which was common in Paris about the end of the seventeenth century. It was high, mullioned, with a broad transom across the centre, and above the middle of the transom a tiny coat of arms — three caltrops gules upon a field argent — let into the diamond-paned glass. Outside there projected a stout iron rod, from which hung a gilded miniature of a bale of wool which swung and squeaked with every pufi' of wind. Beyond that again were the houses of the other side, high, narrow, and prim, slashed with diagonal wood-work in front, and topped with a bristle of sharp gables and corner turrets. Between were the cobble-stones of the Rue St. Martin and the clatter of innumerable feet. Inside, the window was furnished with a broad bancal of brown stamped Spanish leather, where the family might recline and have an eye from behind the curtains on all that was going forward in the busy world beneath them. Two of them sat there now, a man and a woman, but their backs were turned to the spectacle, and their faces to the large and richly furnished room. From time to time they stole a glance at each other, and their eyes told that they needed no other sight to make them happy.