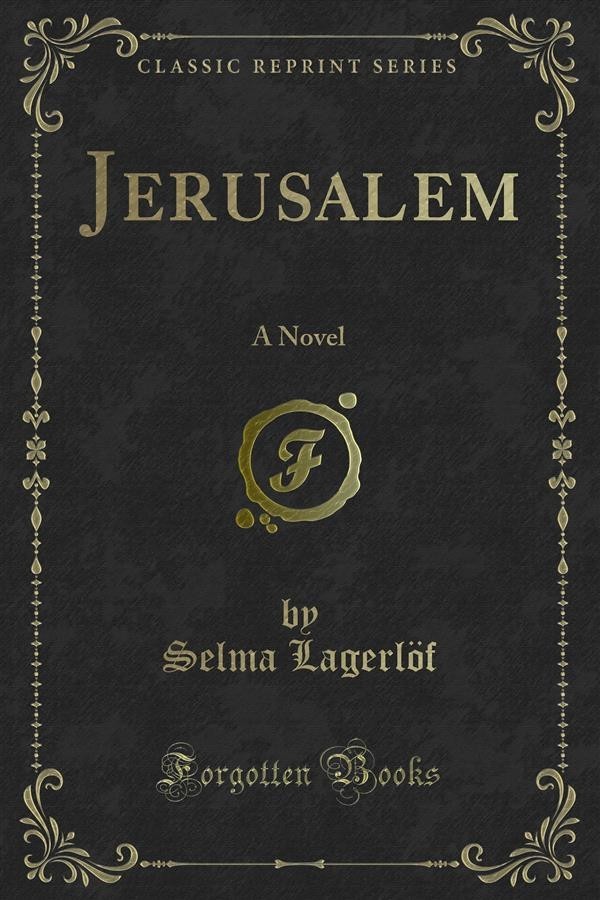 As yet the only woman winner of the Nobel Prize for Literature, the prize awarded to Kipling, Maeterlinck, and Hauptmann, is the Swedish author of this book, Jerusa lem. The Swedish Academy, in recognizing Miss Selma Lagerlof, declared that they did so for reason of the noble idealism, the wealth of imagination, the soulful quality of style, which characterize her works. Five years later, in 1914, that august body elected Doctor Lagerlof into their fellowship, and she is thus the only woman among those eighteen immortals.