The Psychology of Socialism 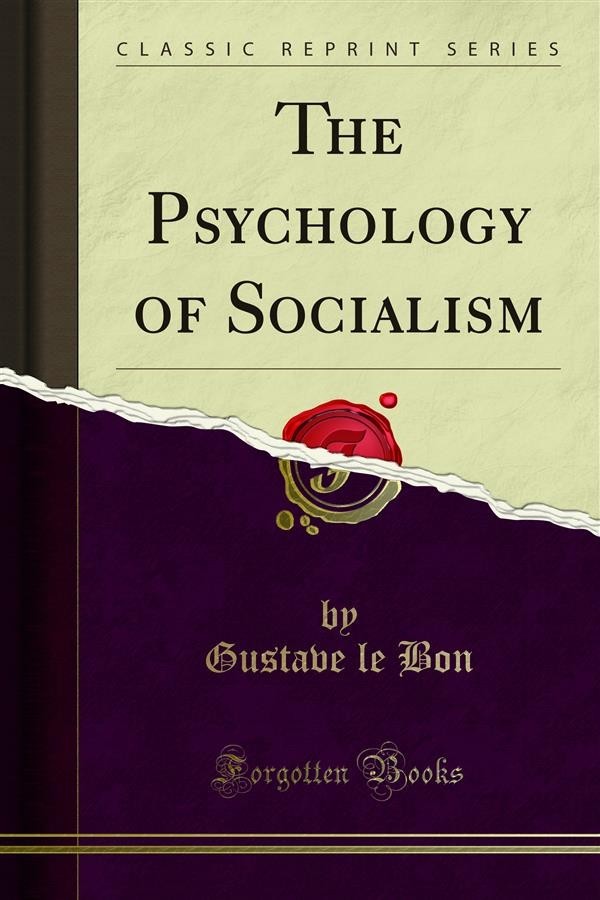 The Psychology of Socialism

Such theories do not appear tenable to-day. We must not, however, disdain them, for they constitute the motives of action of a destructive inﬂuence which is greatly to be feared, because very considerable. The power of creation waits upon time and place; it is beyond the immediate reach of our desires but the destructive faculty is always at hand. The destruction of a society may be very rapid, but its reconstruction is always very slow. Sometimes man requires centuries of effort to rebuild, painfully, that which he destroyed in a day. If we would comprehend the profound inﬂuence of modern Socialism we need only to examine its doctrines. When we come to investigate the causes of its success we find that this success is altogether alien to the theories proposed, and the negations imposed by these doctrines. Like religions (and Socialism is tending more and more to put on the guise of a religion) it propagates itself in any manner rather than by reason. F eeble in the extreme when it attempts to reason, and to support itself by economic arguments, it becomes on the contrary extremely powerful when it remains in the region of dreams, affirmations, and chimerical promises, and if it were never to issue thence it would become even more redoubtable.