Ancient Chinese Account of the Grand Canyon, or Course of the Colorado 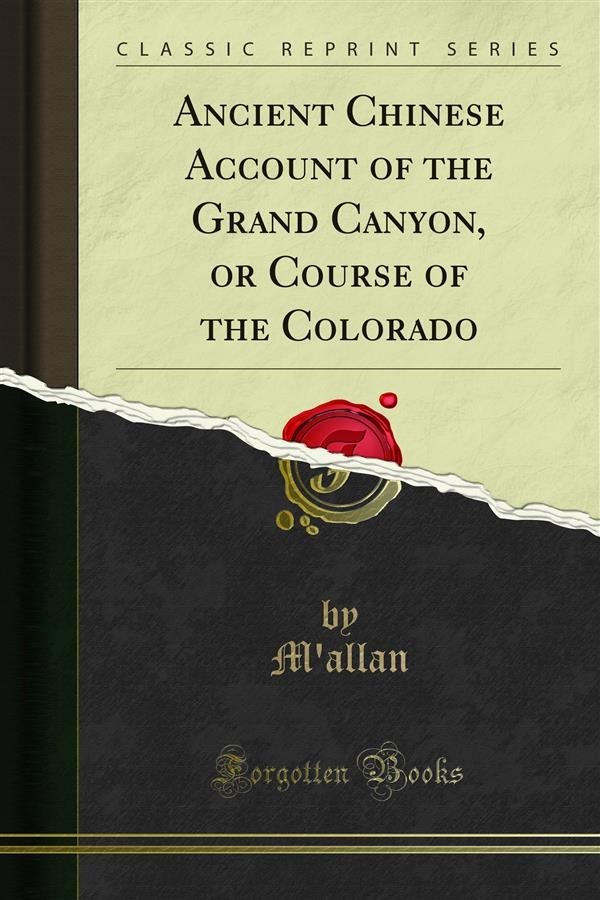 Ancient Chinese Account of the Grand Canyon, or Course of the Colorado

There is a reference to this frozen mist, in Verne's Fur Country, reading as follows: It is not a mist or fog.' he said to his companions, 'it is frost-rime,' a dense vapor which remains in a state of complete congelation. But whether a fog or a frozen mist, this phenomenon was none the less to be regretted for it rose a hundred feet at least above the level of the sea, and it was so opaque that the colonists could not see each other when only two or three paces apart. — Danvers' translation, p. 288. It should be remarked that the frozen haze which breeds the false suns is found only at the bottom of. Or below, the mountain ranges or branches of our North American Mulberry Tree. The false suns speedily disappear from the view of the observer who climbs up out of the thick stratum of frozen fog or mist and ascends the nearest Branch. Such observations are completely in accord with the ancient Chinese declaration that Nine of the suns are to be seen below thia) or at the bot tom of the Branches. And One above the Branches. The suns (see note 9) are not said to be in the Branches. Nine are below (hia) and One above (shang); a remark as true today as it ever was. The Morea (about fifty miles long), in Greece, was so named because it was supposed to resemble the leaf of a morus or mulberry. And similarly North America was considered by Mexican and Chinese mythologists to exhibit some resemblance to a mulberry.-the Helpful Mulberry (or fu-sang). The one comparison is just as fanciful or reasonable as the other. Nor can it be denied that North America presents some likeness to a Tree. — towering aloft like the Tree of the Prophet Daniel. Which was seen from the ends of the earth. Here Columbia lights up her Tree and welcomes the Neighbors with a smile.