An English Grammar for the Use of Junior Classes 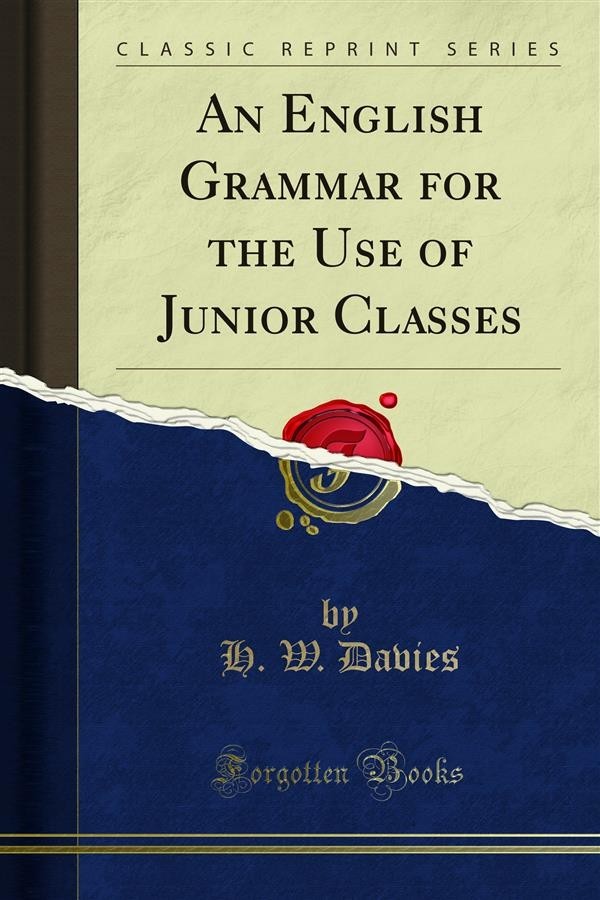 An English Grammar for the Use of Junior Classes

Keeping in View the fact that it is intended rather for he. Ginners in the study of Grammar, than for those more advanced, the Editor has embraced in the Questions every point referred to both in the body of the work and also in the appended remarks. Under the guidance of a judicious teacher these Questions may be made useful to the pupil, by enabling him to test himself, by way of question and answer, on the lesson which may have been assigned to him for preparation. The teacher, however, should carefully avoid, as a general rule, asking the questions in the identical form in which they are found in the Grammar. They are given with a View to aid the pupil rather than the teacher. It cannot be expected that in such 3. Grammar all the ex~ amples of difference in Gender, Number, &c., should be given. Much is necessarily left to be supplemented by the Teacher. The subject of Analysis has, it is hoped, not received too prominent consideration, for it performs a very important part in enabling pupils to read correctly and intelligently.