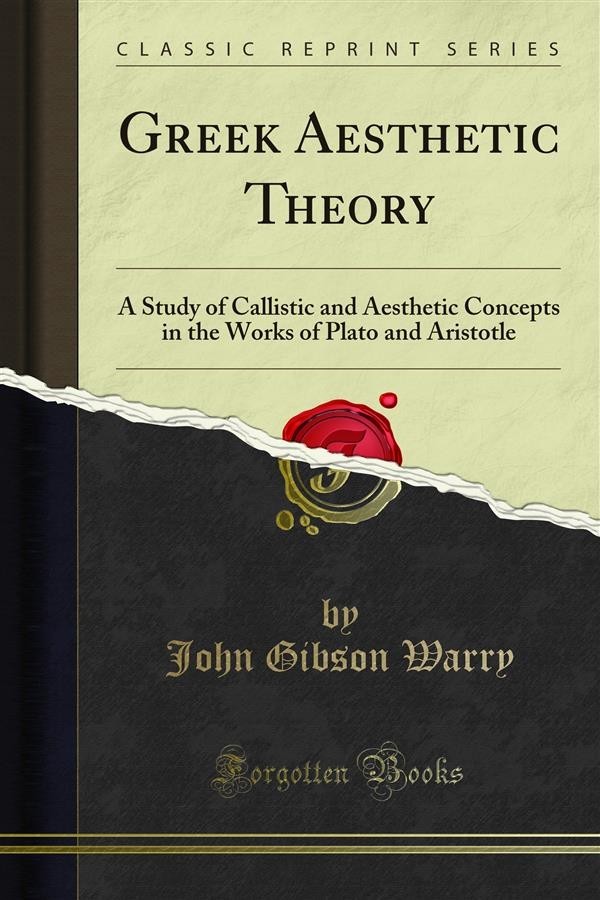 In planning the present work I have borne in mind that most useful things serve more than one purpose, and my purposes here are two. Firstly, it is hoped to give an in formative and well-ordered account of aesthetic and callistic concepts as they occur in the works of Plato and Aristotle. This, I believe, may be of advantage to students of modern literature, since the questions raised by the ancient philosophers have in so many instances been rally ing points for aesthetic debate and critical theory ever since. To recognize the source of long-discussed and much elaborated ideas must in itself be beneficial. Much modern] thought proves itself, on analysis, to be concerned with the? Resolution of very ancient dilemmas, and we shall understand the modern thinker better by realizing what these dilemmas are and confronting them, as it were, in their most simple and primitive form. Secondly, my object is, at a time when the value of classical studies is questioned by some educa tionists, to demonstrate how ancient aesthetics should not be thought of in isolation but boldly applied to present-day problems. I wish to present Greek notions of art and beauty not merely as primitive steps in the advance towards modern ideas but as requiring further investigation for their own sake, like an ancient mine which has not been thoroughly exploited. My classification of material, therefore, will be aimed not only at producing an easily memorable arrange ment for the student who wishes to equip himself with in formation but in exhibiting the theses and antitheses implied in the brilliant but often jumbled or scattered observations which represent the Greek contribution in this domain. The actual field of my discussion is limited designedly to the works of Plato and Aristotle; for while these two thinkers present us with a striking contrast on which scholars and critics continue to comment, contrast always implies similarity as well as difference, and there is, in these two great philosophers, a profound similarity which unites them and proves many of their differences to be comple mentary aspects of an essentially similar viewpoint. This similarity not mere chronology sets them far apart from later writers like Plotinus or Longinus, both of whom are nearer in outlook to a modern aesthetician than to a Greek thinker of the fourth century b.c. In reading the treatises of later Greek writers, especially those who wrote under the Roman Empire, one cannot help feeling that for them, as for so many critics of modern times, art had become a sub stitute for life; and indeed, if it was not a substitute for life, what purpose could it have? Neither Plato nor Aristotle had ever successfully answered this question, but neither of them ever regarded art as a legitimate substitute for life. Their staunch refusal to do so is the basis of the claim which I make for them: namely, that together they represent a single school of callistic and aesthetic philosophy.