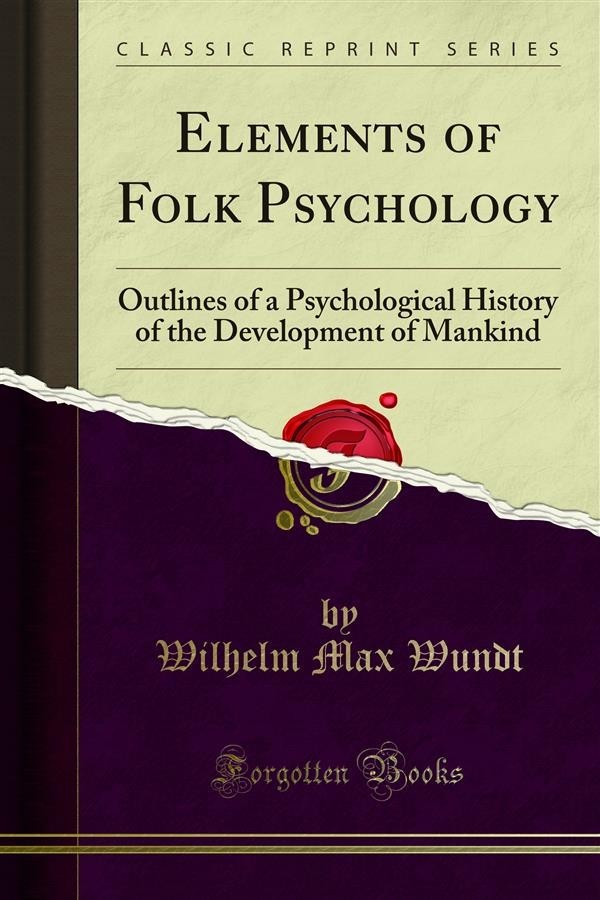 The keen interest which the present age is manifesting in problems connected with the interpretation of human experi ence is no less a result than it is a' precondition of the fruitful labours of individual scholars. Prominent among these is the distinguished author of the volume which is herewith rendered accessible to English readers. The impetus which Professor Wundt has given to the philo sophical and psychological studies of recent years is a matter of common knowledge. Many, of those who are contributing richly, to these fields of thought received their stimulus from instruction directly enjoyed in the laboratory, and the classrooms of Leipzig. But even more thanto Wundt, the teacher, is the world indebted 'to Wundt, the investigator and the writer. The number and comprehen siveness of this author's publications, as well as their range of subjects, are little short of amazing. To gauge the extent of their inﬂuence would require an examination of a large part of current philosophical and psychological literature. N 0 small measure of this inﬂuence, however, must be credited to those whose labours have made possible the appearance of Wundt's writings in other tongues. Of the English' translations, we owe the first to Professors Creighton and Titchener. Succeeding their translation of the Lectures on Human and Animal Psychology, came the publication, in English, of the first volume of the Principles of Physio logical Psychology, of the two briefer treatises, Outlines of Psychology, and Introduction to Psychology, and, in the meantime, of the valuable work' on Ethics.