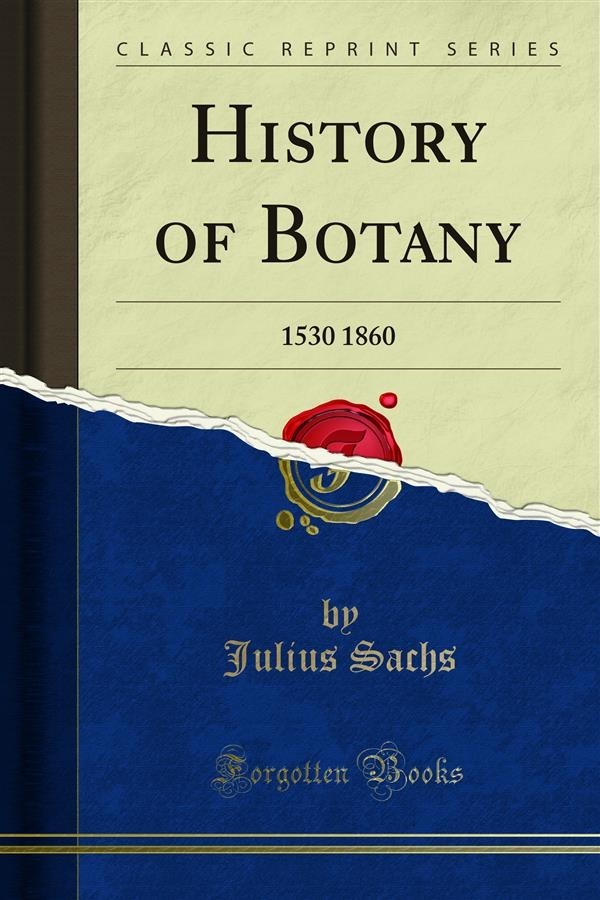 The style of the narrative might have been freer, and greater space might have been allotted to reﬂections on the inner connection of the whole subject, if I had had before me better preliminary studies in the history Of botany; but as things are, I have found myself especially occupied in ascertaining questions of historical fact, in distinguish ing true merit from undeserved reputation, in searching out the first beginnings of fruitful thoughts and observing their development, and in more than one case in pro ducing lengthy refutations of wide-spread errors. These things could not be done within the allotted space without a certain dryness of style and manner, and I have Often been obliged to content myself with passing allusions where detailed explanation might have been desired. As regards the choice of topics, I have given promin ence to discoveries of facts only when they could be shown to have promoted the development of the science; on the other hand, I have made it my chief object to dis cover the first dawning of scientific ideas and to follow them as they developed into comprehensive theories, for in this lies, to my mind, the true history of a science. But the task of the historian of Botany, as thus conceived, is a very difficult one, for it is Only with great labour that he succeeds in picking the real thread of scientific thought out of an incredible chaos of empirical material.