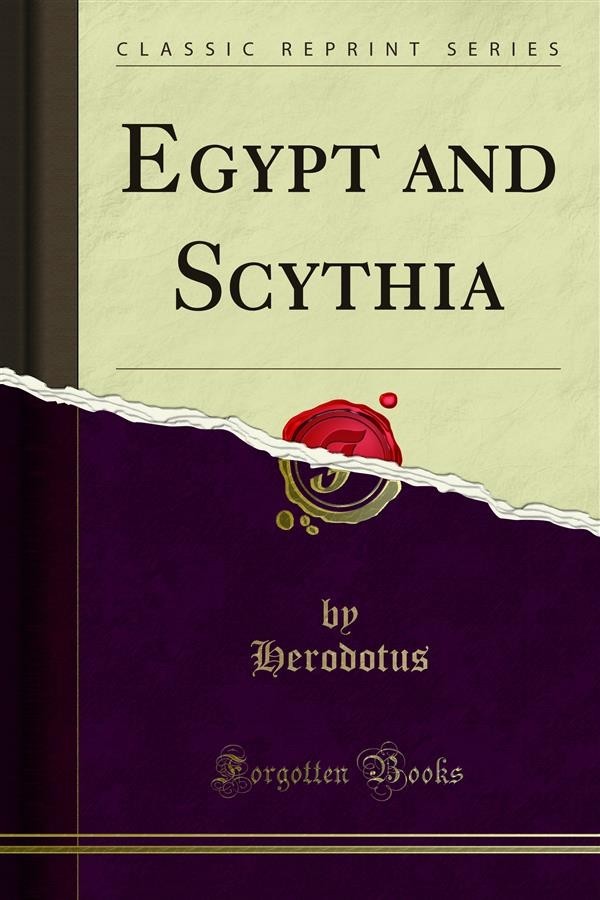 There is tradition of Herodotus at the Olympic Festival, reciting his History, moving the young Thucydides to tears of emotion, and having its nine books named after the nine Muses by the as sembled Greeks in their enthusiasm. It is more likely that they were so named by some later grammarian, for the History contains passages that could only have been written when the historian was more than seventy years old, and it broke off unfinished, as if at the finish of the writer's life. It was the free and simple utterance of an Old man who loved truth and the poets, took deep interest in life, on the Divine side as well as the human, and had seen many men and many lands, studying all with special reference to the History that he had planned for his life's work. As he wrote on, the fulness of his store, and thoroughness in telling what he had to tell, caused him to broaden out into explanatory episodes, of which the most famous is the account of Egypt given in this volume. Hen Egypt came, with the acces sion of Cambyse into the history of Persian wars, Herodotus must needs tell what that Egypt was.