The Early Days of Christianity 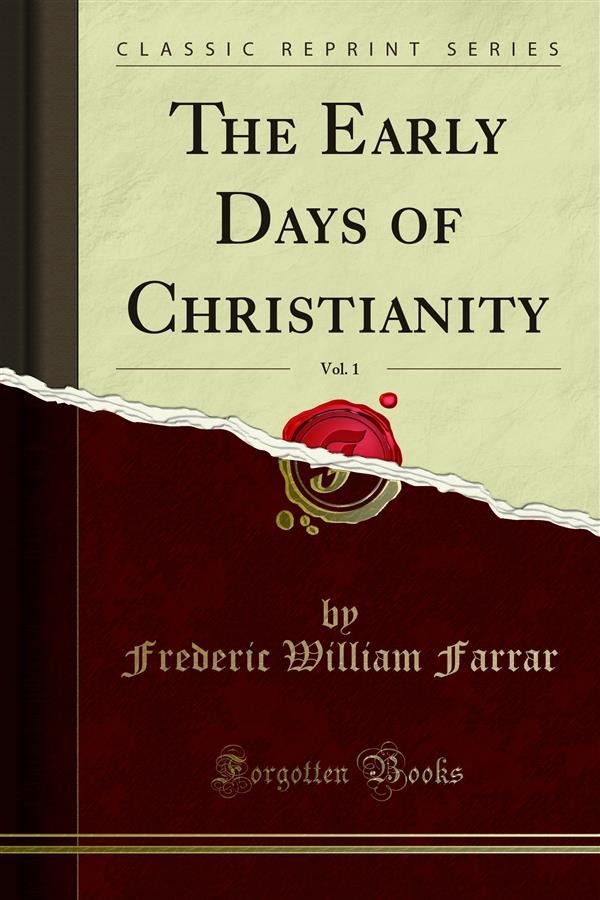 The Early Days of Christianity

I complete in these volumes the work which has absorbed such leisure as could be spared from many and onerous duties during the last twelve years. My object has been to furnish English readers with a companion, partly historic and partly expository, to the whole of the New Testament. By attention to the minutest details of the original, by availing myself to the best of my power of the results of modern criticism, by trying to concentrate upon the writings of the Apostles and Evangelists such light as may be derived from Jewish, Pagan, or Christian sources, I have endeavoured to fulfil my ordination vow and to show diligence in such studies as help to the knowledge of the Holy Scriptures. The Life of Christ was intended mainly as a commentary upon the Gospels. It was written in such a form as should reproduce whatever I had been able to learn from the close examination of every word which they contain, and should at the same time set forth the living reality of the scenes recorded. In the Life of St. Paul I wished to incorporate the details of the Acts of the Apostles with such biographical incidents as can be derived from the Epistles of St. Paul; and to take.