The Problem of the Obelisks, From a Study of the Unfinished, Obelisk at Aswan 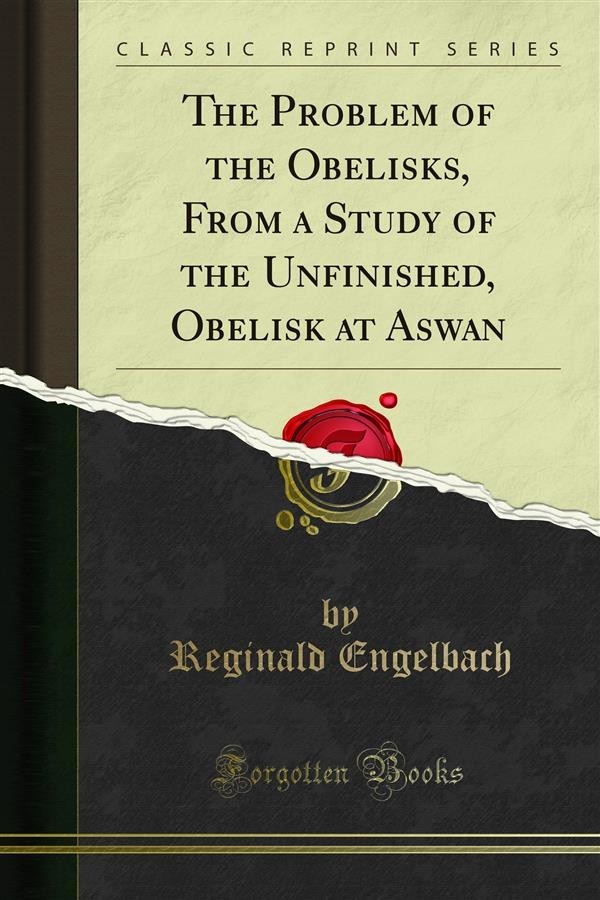 The Problem of the Obelisks, From a Study of the Unfinished, Obelisk at Aswan

Although more than a year has elapsed since sending the manuscript of The Aswan Obelisk to press, I have not had to modify my views on the ancient methods in any point of importance further study of the quarry has, however, induced me to omit the alternative suggestion on the manner in which the obelisk was rolled clear of the quarry (page 53) and to assert, with some confidence, that sleds were an essential in the transport of all large obelisks. To the reader who may charge me with expending so much space on such a restricted subject as that of the making of obelisks, I would recall the deathbed answer of the old professor to his friends, who had asked him if he did not think he had wasted his life by devot ing it exclusively to the study of Greek preposi tions. He replied: It is true; I should have confined myself to those governing the Dative! Like him, I feel that I have unduly digressed in Chapter VIII, when so much remains to be discussed on the mechanical side.