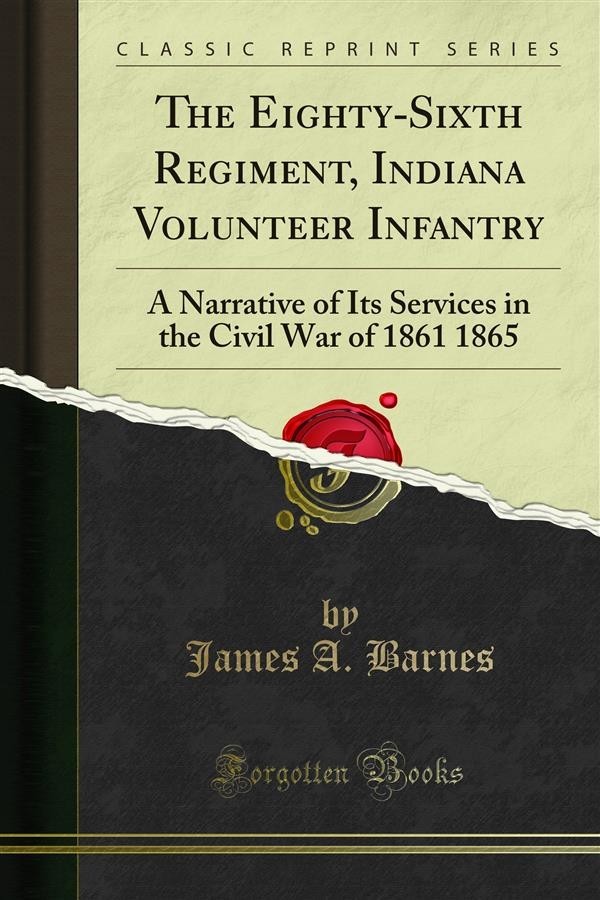 The pages which follow will be simply a recital of the part which the eighty-sixth Regiment, Indiana Volunteers, performed in the great drama on the theater of the most bloody war of modern times. It will not be claimed that this regiment did more than any other Similar body of men in the field, but the aim is to give a plain, unvarnished story of the marches, the bivouacs, the skirmishes, the battles of this organization, and recount its hardships, its exposures, its privations and its severe trials, — this and nothing more.