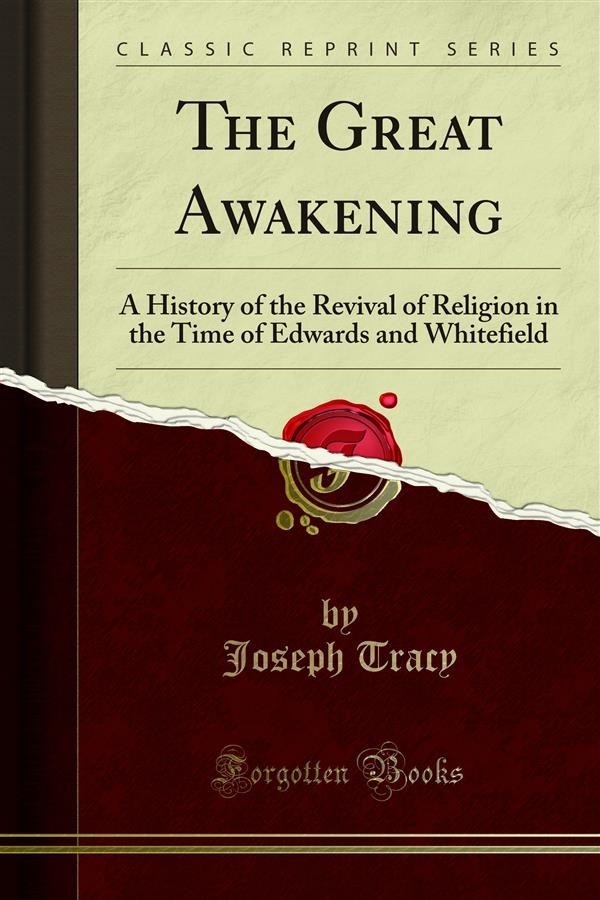 During the year 1840, public meetings were held in some places, and proposed in others, in commemoration of what Edwards called The Revival of Religion in New England in This first suggested to the au thor the design of the present work. No history of that revival had ever been attempted. Its importance in it self, and in its inﬂuence on the subsequent state of the churches, was universally acknowledged. Yet opinions concerning it were various and discordant, even among evangelical ministers; some thinking it worthy of un mixed eulogy in public celebrations, others speaking of it with only guarded and qualified commendation, and others doubting whether it should not be mentioned rath er with censure than otherwise. For the last ten years, too, the advocates of all kinds of measures, new and old, have been asserting that the events and results of that revival justified their several theories and practices. There was, therefore, evident need of a work, which should furnish the means of suitably appreciating both the good and the evil of that period of religious history. The next question was concerning its possibility. Could materials be found, for the construction of such a work? A slight investigation was sufficient to furnish an answer. The public libraries contain abundant materials, of which some account must now be given.