What Is to Be Done? 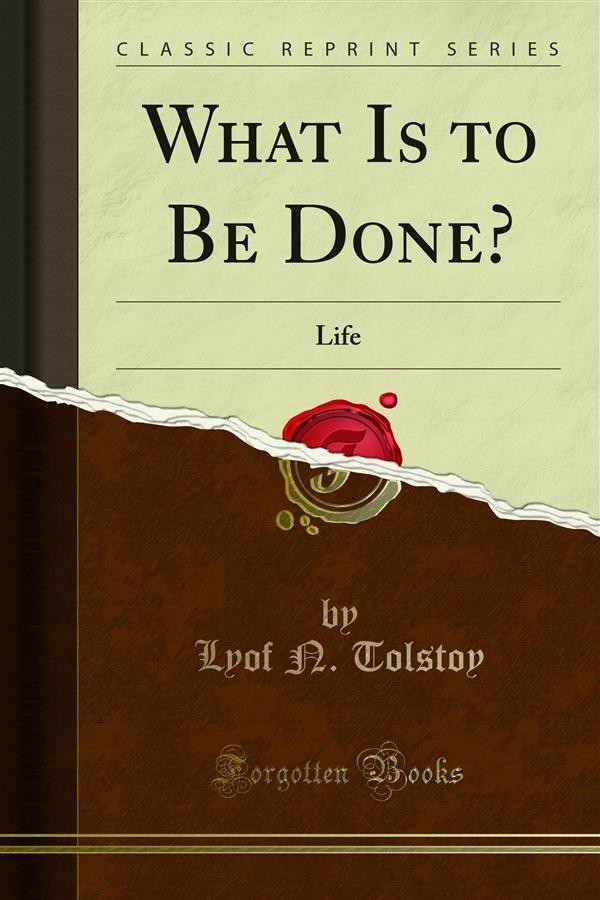 What Is to Be Done?

Moscow probably receives a larger number of such involuntary wanderers than St. Petersburg, simply be cause it is nearer the agricultural region than the latter. Therefore the picture which Count Tolstoy presents may be regarded as setting forth the Russian situation at its very worst. There are, it is true, many factories in and around Moscow, and in a multitude of other places in the empire. But they are far from sufficient in number to meet the exigencies of the case. Indeed, in what country do they meet the exigencies of the case? Emigration to the rich mining regions of Siberia will do much to relieve the peasants, but, even there, there have arisen fresh problems; and, even now, with the railway and vastly increased facilities of every description, Si beria is not the place for penniless immigrants, because of natural difficulties connected with distances, and the primary requisites of wood, water, and the like. At the time when this book was written (1886) even this outlet did not exist in such a degree as to justify its being taken into consideration; and for other reasons there can hardly be much change in the Moscow slums for many a day to come.