A Treatise on Gyrostatics and Rotational Motion 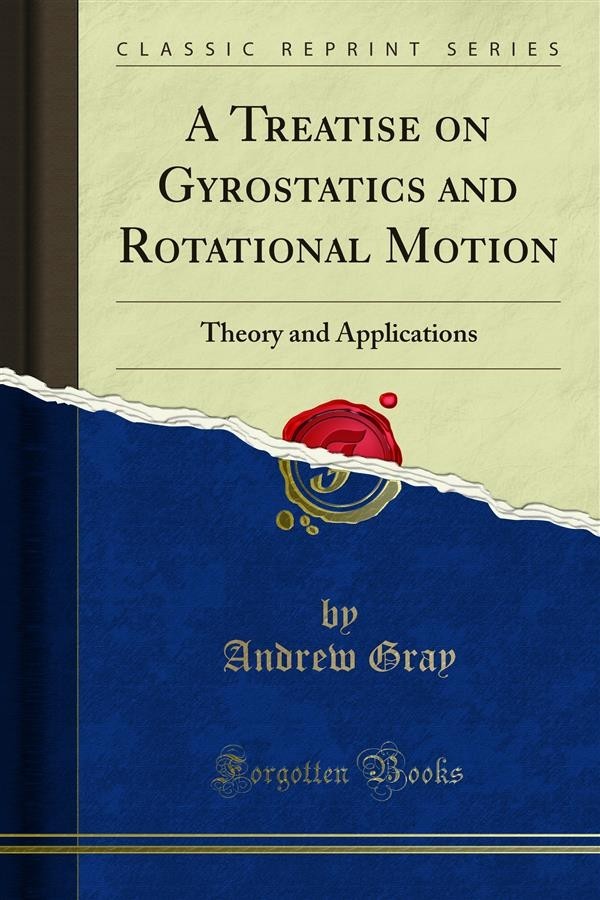 A Treatise on Gyrostatics and Rotational Motion

It has been stated that all such methods merely amount in substance to the formal equations given in all the usual treatises, and no doubt that is true in a certain sense. Nevertheless the criticism is pointless. There is a very important sense in which every process of a vector nature (whether it follow the notation of a vector analysis or not) differs from the usual equations: the former declares interpretations at every step to those who can read them, the latter does not. Thus, insight into mechanical action is fostered; a continual appeal to first principles accustoms the mind of the user to the application of fundamental ideas to all kinds of contrivances and in all circumstances. The perception of the action of more or less complicated gyrostatic or other dynamical devices becomes, in time and with the continual exercise of thought, intuitive when the processes are fundamental and interpretative; on the other hand, the traditional and scholastic method fosters the habit of reliance on the operation of a kind of machine of which the solver of the problem merely turns the handle. How to arrange the machine, what to feed into it and what to leave out, puzzles him at every change of application and environment. Free use has been made of mathematical analysis, though only as a means of obtaining and explaining results of physical interest, and of preparing these for numerical computation, and, further, of placing students in a position to make progress in the discussion of new problems or of carrying old problems to a further stage of development.