The Horticulturist, and Journal of Rural Art and Rural Taste 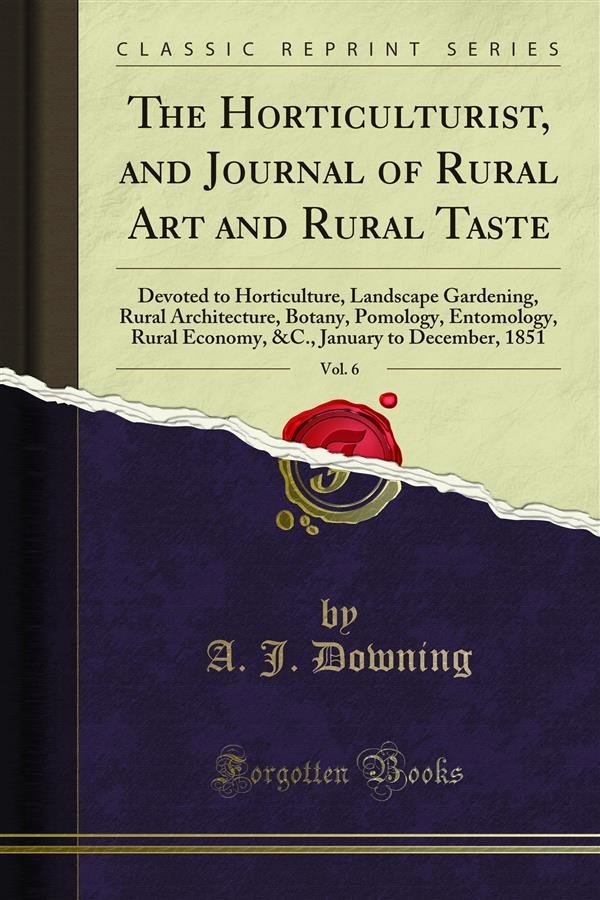 The Horticulturist, and Journal of Rural Art and Rural Taste

The leading idea of the Greek architecture, then, is in its horizontal lines — the unbroken level of its cornice, which is the level line of rationality. In this line, in the regular division of spaces, both of columns and windows, we find the elements of order, law,' and human reason, fully and completely expressed. Hence, the fitness Of classical architecture for the service of the state, for the town hall, the legislative assembly, the lecture room, for intellectual or scientific debate, and in short, for all civil purposes where the reason of man is supreme. So, on the other hand, the leading idea of Gothic architecture is found in its upward lines — its aspiring tendencies. N 0 weight of long cornices, or ﬂat ceilings, can keep it down; upward, higher and higher, it soars, lifting every thing, even heavy, ponderous stones, poising them in the air in vault ed ceilings, or piling them upwards towards Heaven, in Spires, and steeples, and towers, that, in the great cathedrals, almost seem to pierce the sky. It must be a dull soul that does not catch and feel something of this upward tendency in the vaulted aisles and high, open, pointed roofs of the interior of a fine gothic church, as well as its subdued and mellow light, and its suggestive and beautiful forms: forms too, that are rendered more touching by their associations with christian worship in so many ages, not, like the Greek edifices, by associations with heathen devotees. Granting that the Gothic cathedral expresses, in its lofty, aspiring lines, the spirit of that true faith and devotion which inads us to look upward, is it possible, in the narrow compass of a village church which costs but a few hundred, or at most, a few thousand dollars, to preserve this idea? We answer, yes. A drop of water is not the ocean, but it is still a type of the infinite; and a few words of wisdom may not penetrate the understanding so deeply as a great volume by a master of the human heart, but they may work miracles, if fitly spoken, For it is not the magnitude of things that is the measure of their excellence or power; and there is space enough for the architect to awaken devotional feelings, and lead the soul upward, so far as material form can aid in doing this, though in a less degree, in the little chapel that is to hold a few hundred, as in the mighty minster where thousands may assemble.